In order to exploit the excellent flight characteristics of the Beaver a banner was the most appropriate. In this case a Greek national flag 90 x 150cm was used.  A threaded steel rode with 6mm diameter was used as a skeleton and as a fasten point to the three 2mm pieces of the fishing line. The three lines were knotted together to a metal ring.

At the lower end of the steel rod, 100 gr of weight consisted of 10 pieces (x 10 gr) of lead used in car wheel’s balancing was added to keep the banner in vertical position during flight. 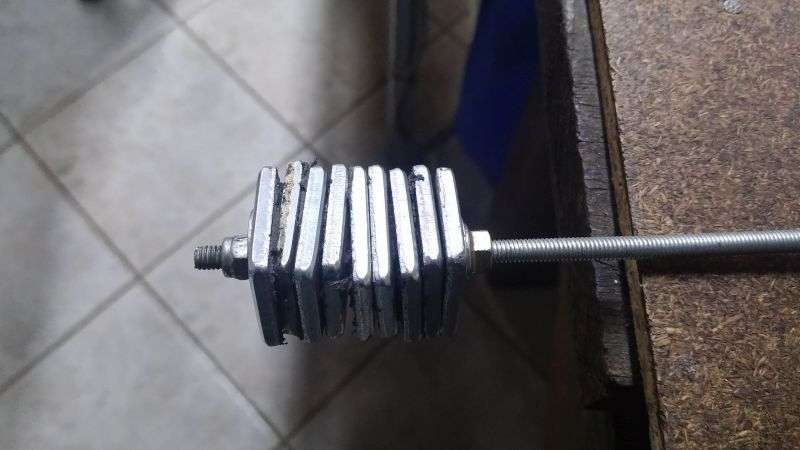 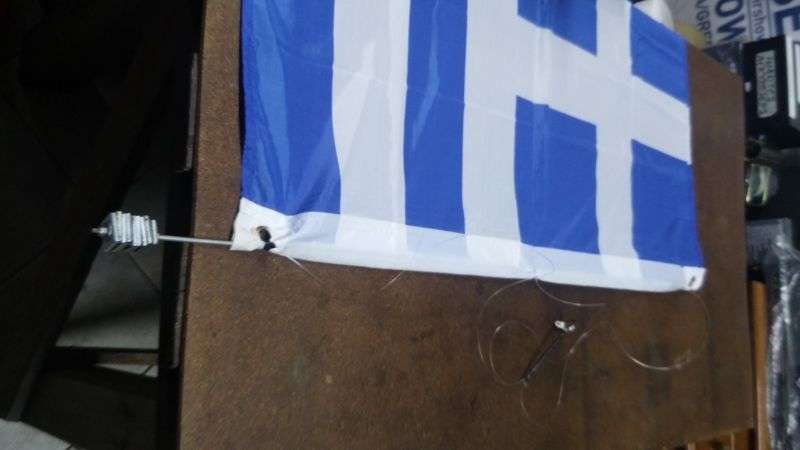 A very simple but functional release system was decided to be used instead of a servo controlled one.  A piece of aluminum bend to an almost 900 angle was attached to the rear wheel base plate. 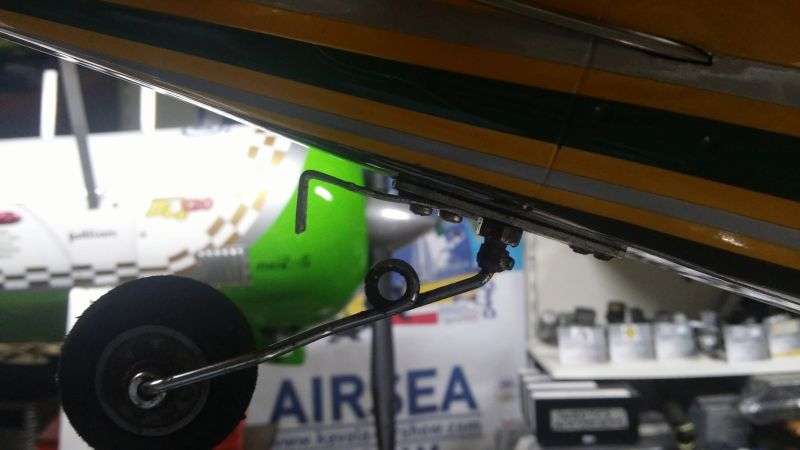 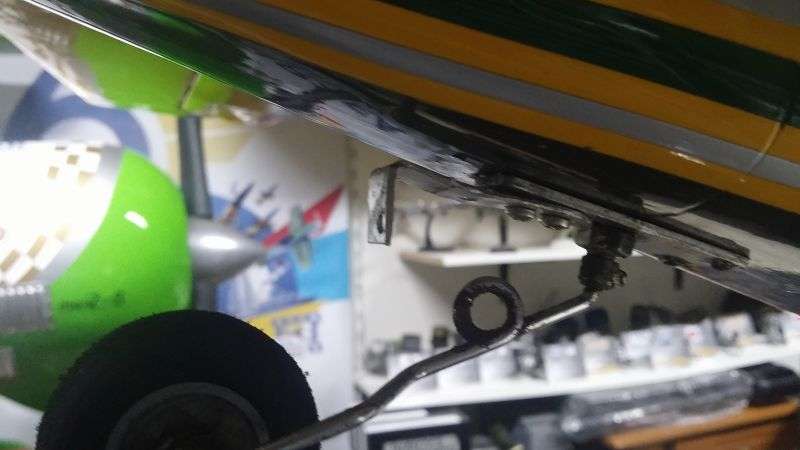 The end of an approximately 10m fishing line was attached to another metal ring which in turn was hooked to the improvised release mechanism.

Today 15th  Okt 2017 was an excellent autumn day in the hospitable Amygdaleonas Military airfield and everything was set at about 09:30. 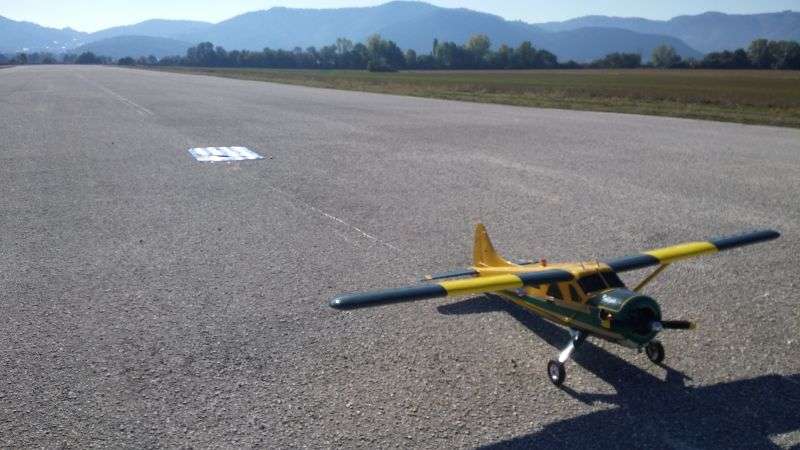 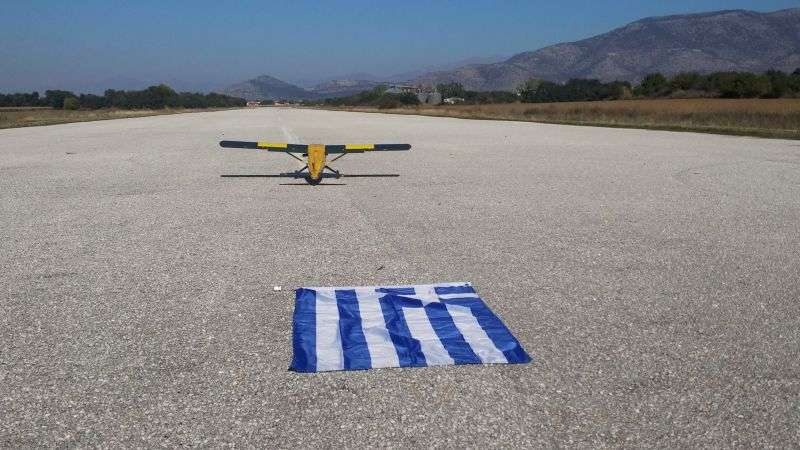 The Beaver was refueled, the engine (MVVS 35) was fired up and running smoothly, flaps were set at 30% and after a final check the throttle was advanced. A text perfect take off and banner positioning! 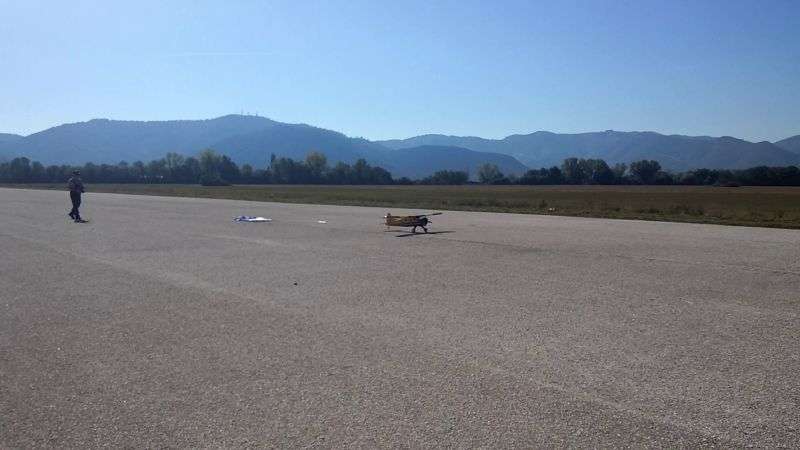 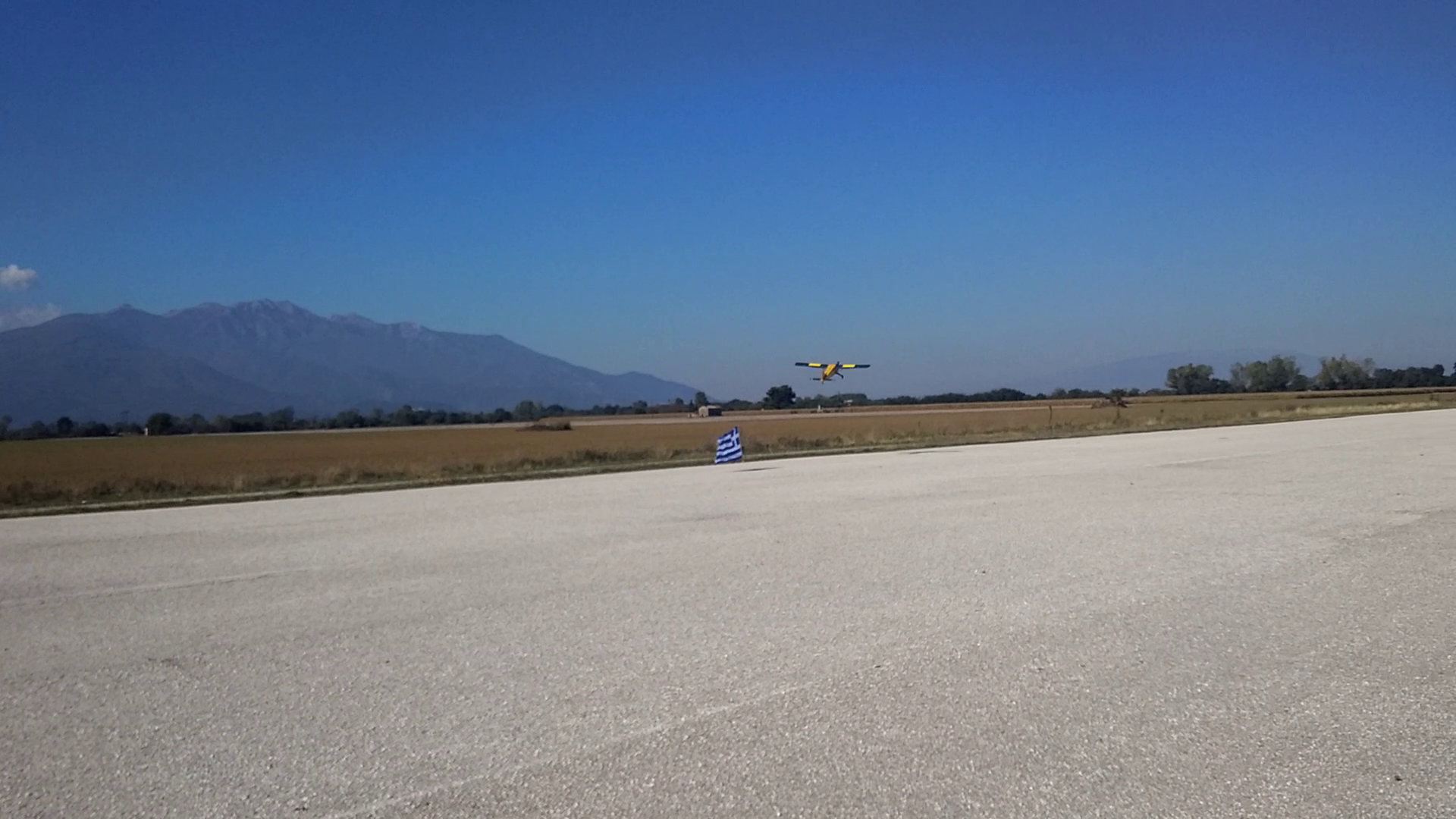 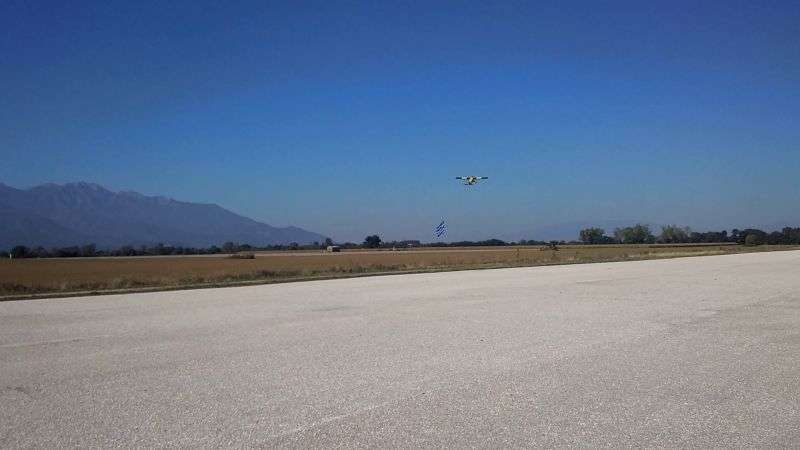 Two 5 min flights towing the flag were executed with low speed and the sound of the fluttering flag to compete the one of the Beaver’s engine! 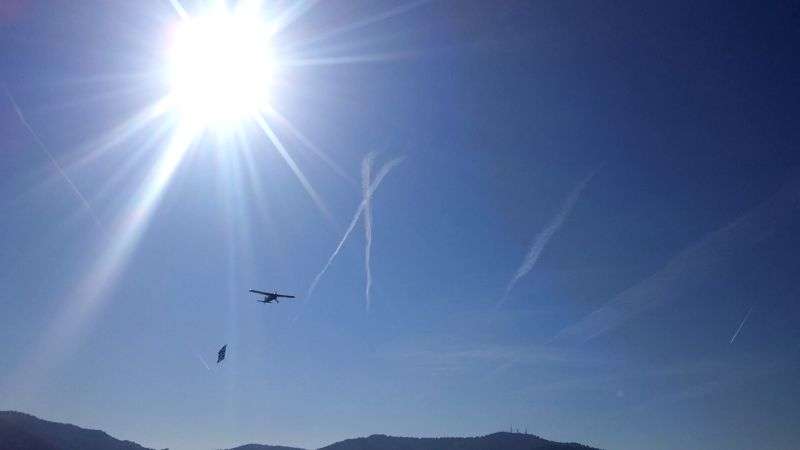 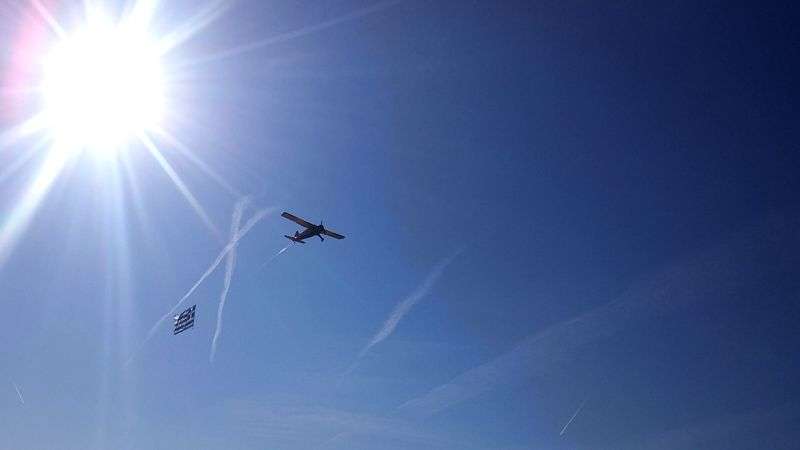 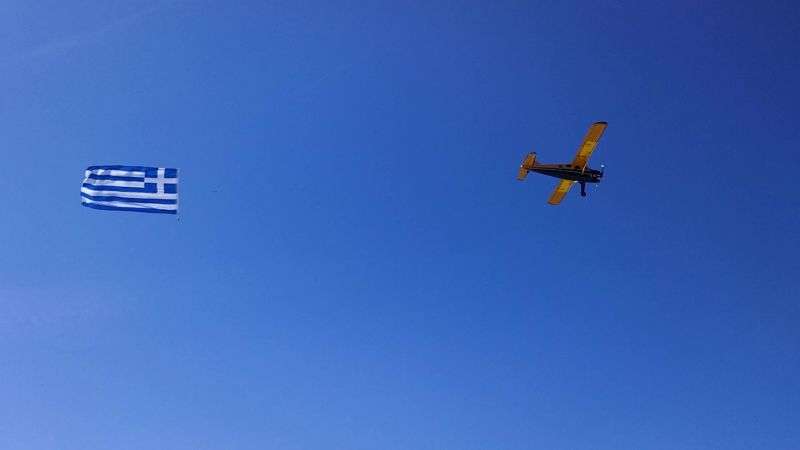 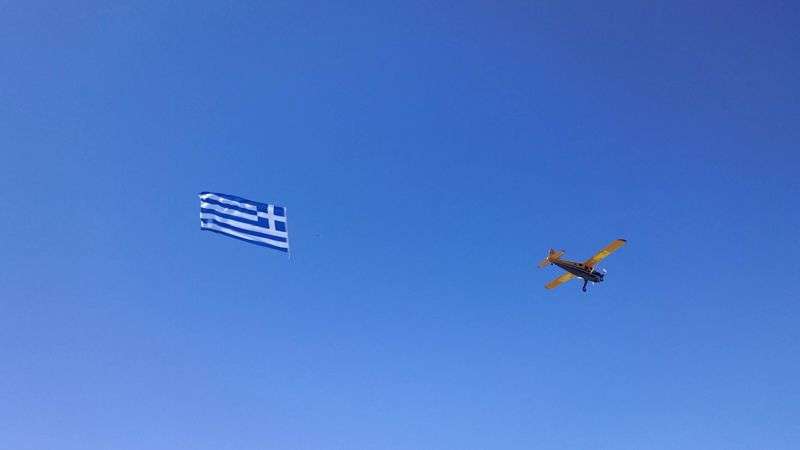 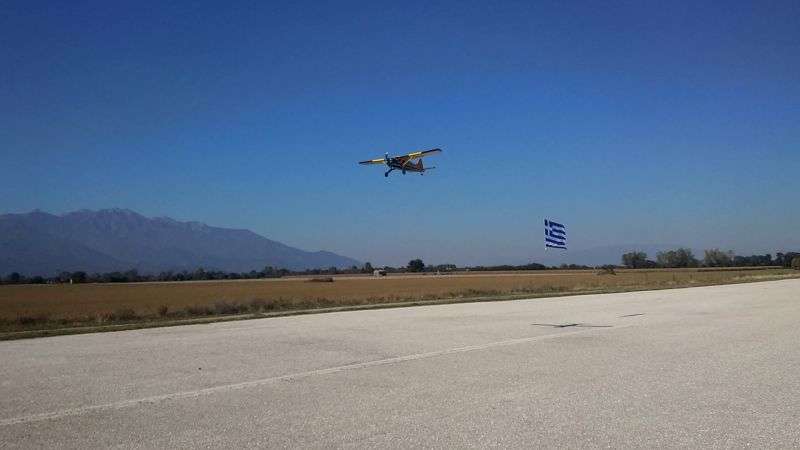 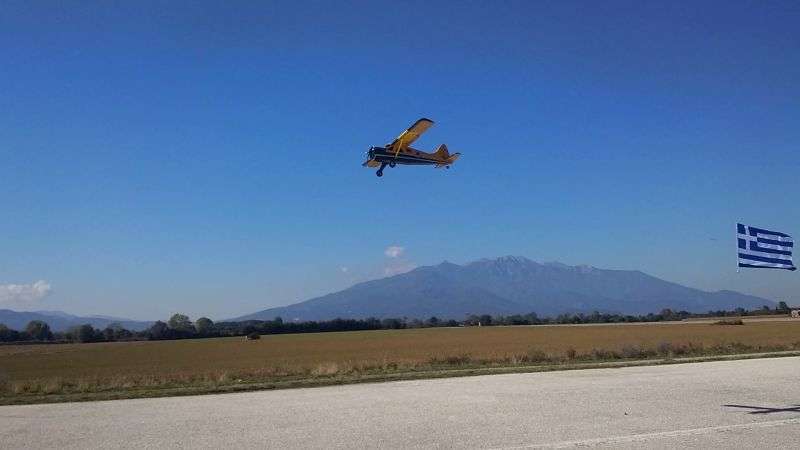 At the end of the 5 min flights it was time to activate and check the improvised release system. Safe altitude was obtained, engine’s revs were reduced to almost idle and abrupt 20% DOWN ELEVATOR was applied. The release was direct and flawless. The flag dropped relatively slow and landed at the asphalt strip rim. 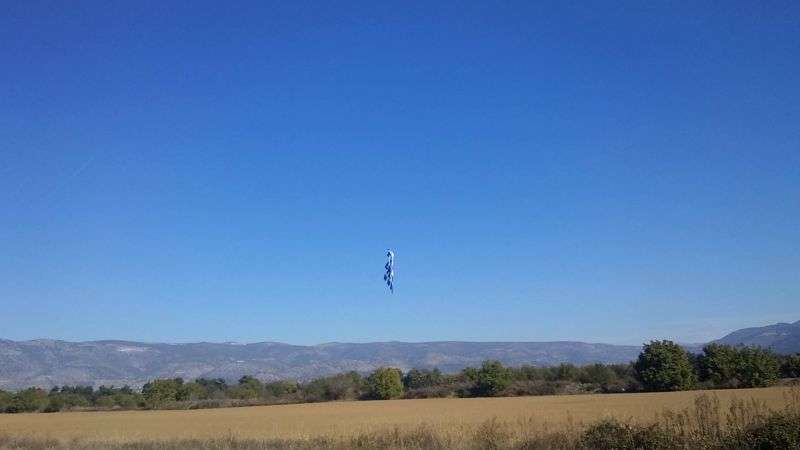 A Beaver style landing followed. What a beautiful day!! 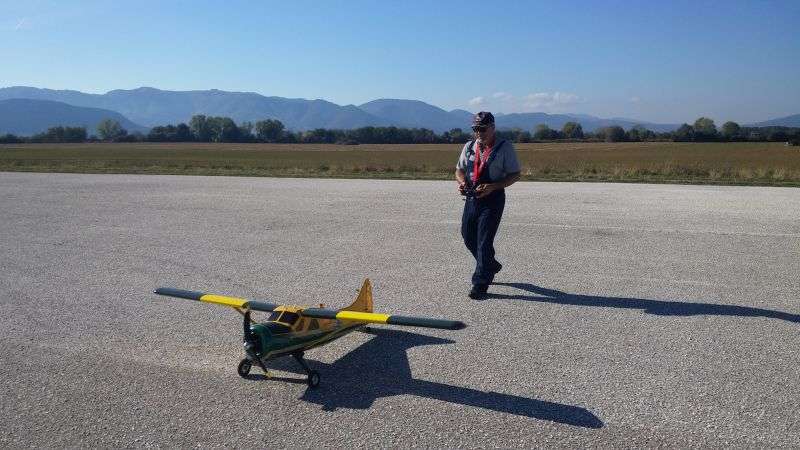 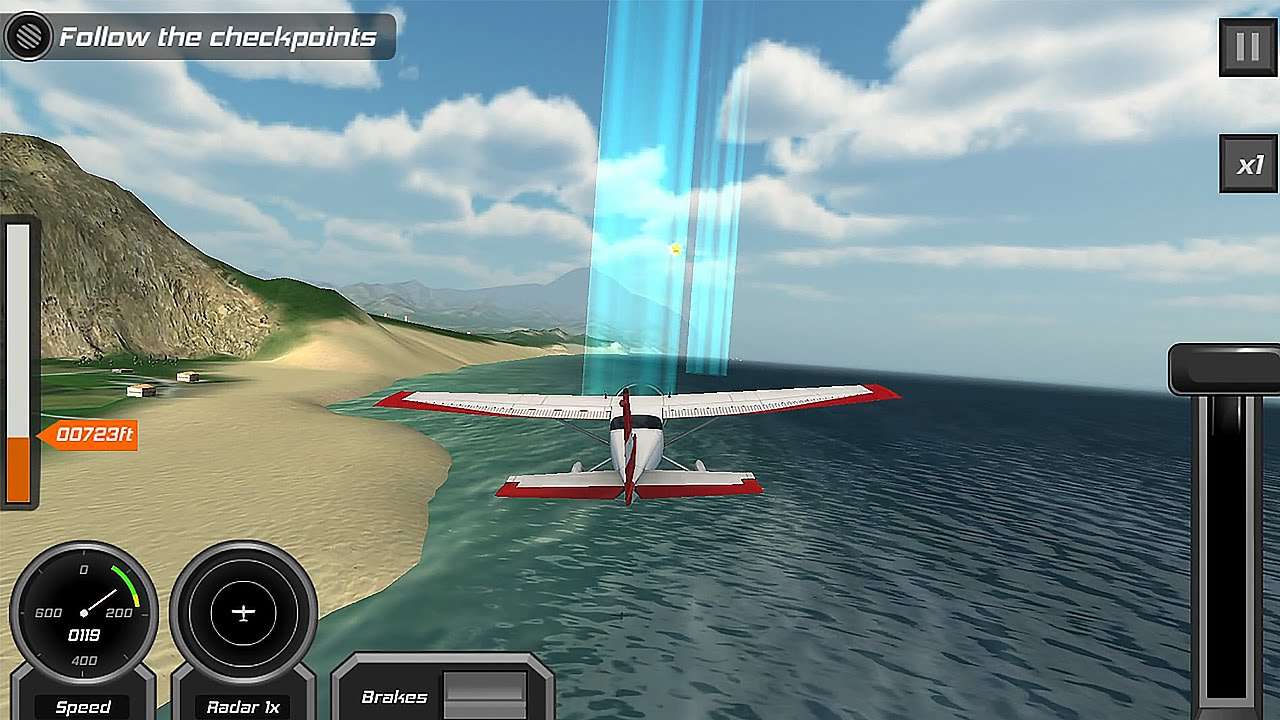 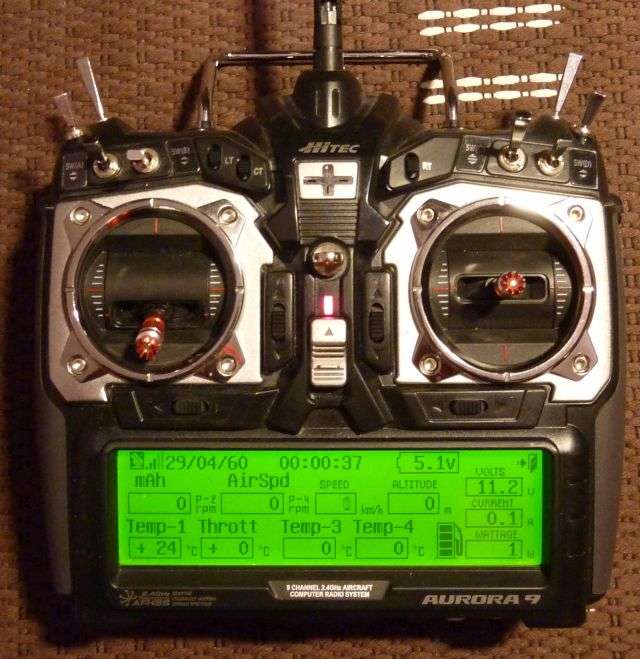