The well known North American T-28 Trojan is a piston-engine military trainer aircraft used as a counter-insurgency aircraft during the Vietnam War. It has continued in civilian use as an aerobatics and Warbird performer. 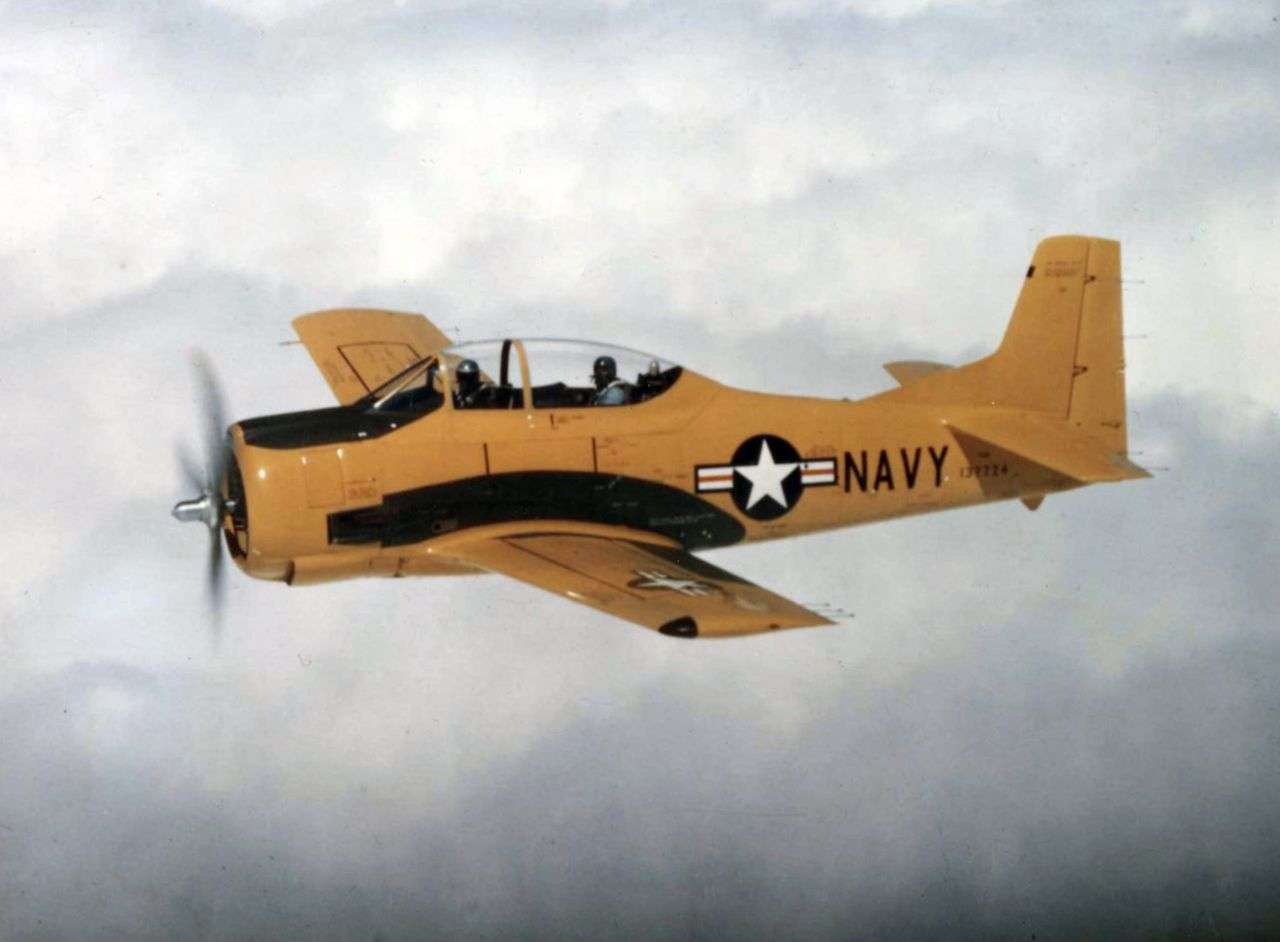 Such a classic beauty couldn’t be absent from the Team’s inventory. Although not a pure aerobatic Warbird, nevertheless an ARF bird made by ESM was added 4 years ago to the fleet. 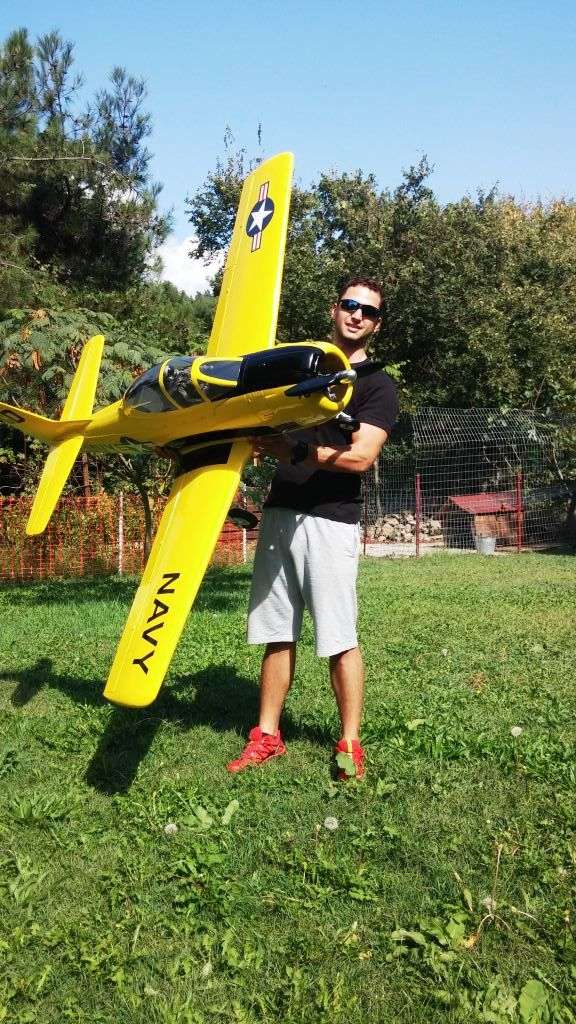 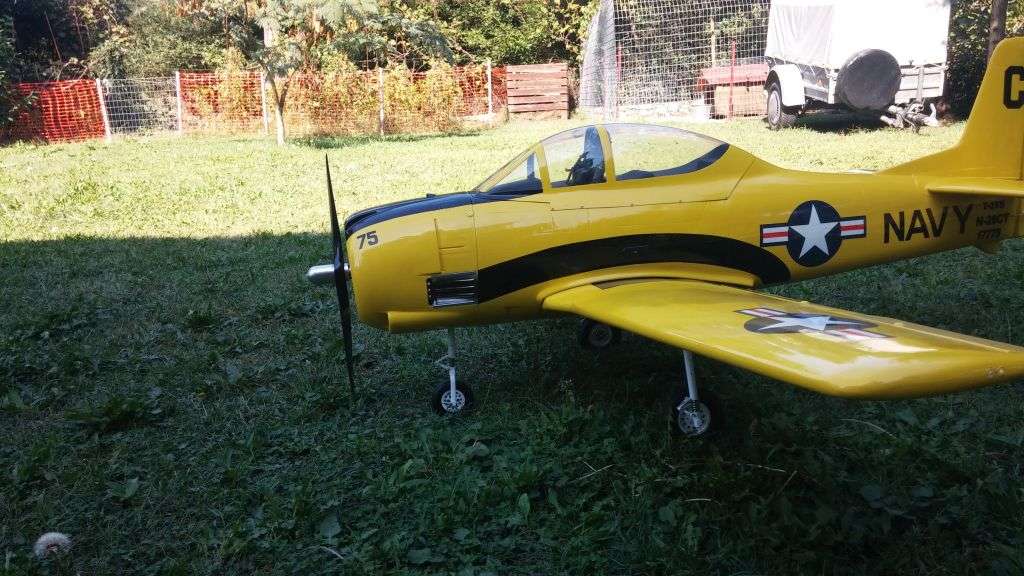 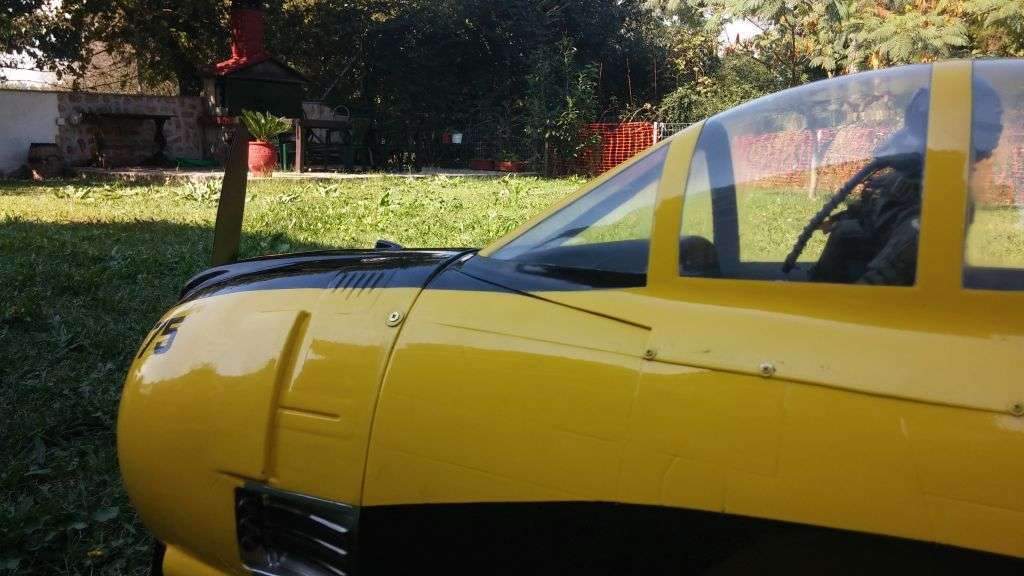 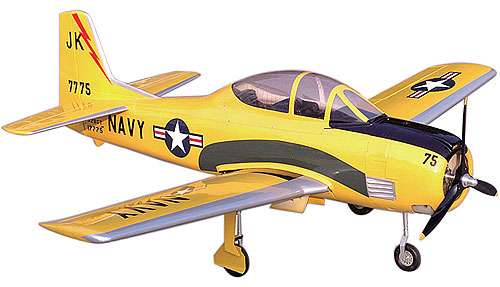 The specs as given by the manufacturer are:

Prop Recommendations: 3-blade is most common. 2 and 4 blades were also used.

An air retract system was installed, controlled by an ON-OFF switch on the HITEC AURORA 9X radio. 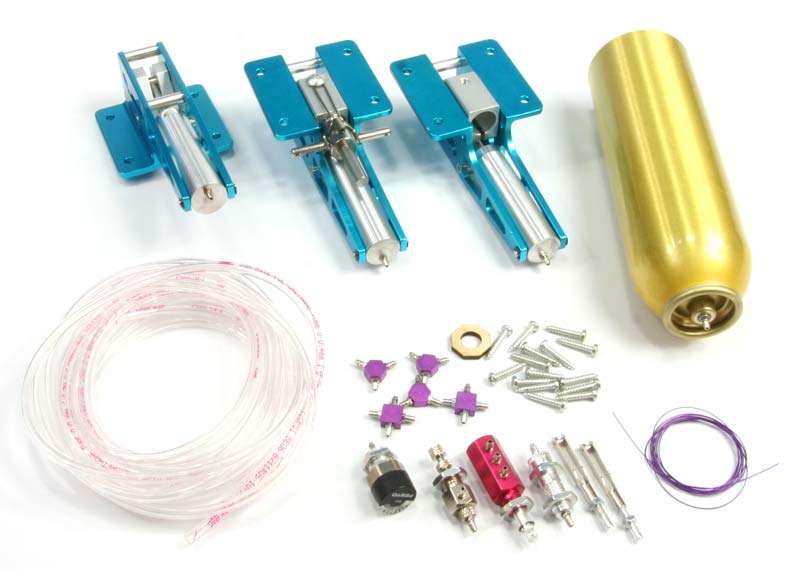 The T-28 operated problem- free for enough time, but when the bigger birds came in (PITTS Model 12, scale 35% & YAK 54, scale 37,5%) it was put to storage in order to be re-enabled in the future. Below are some photos from a Sunday morning in Prosotsani, Drama, Greece at the Ultra lights airfield that we are using among others. 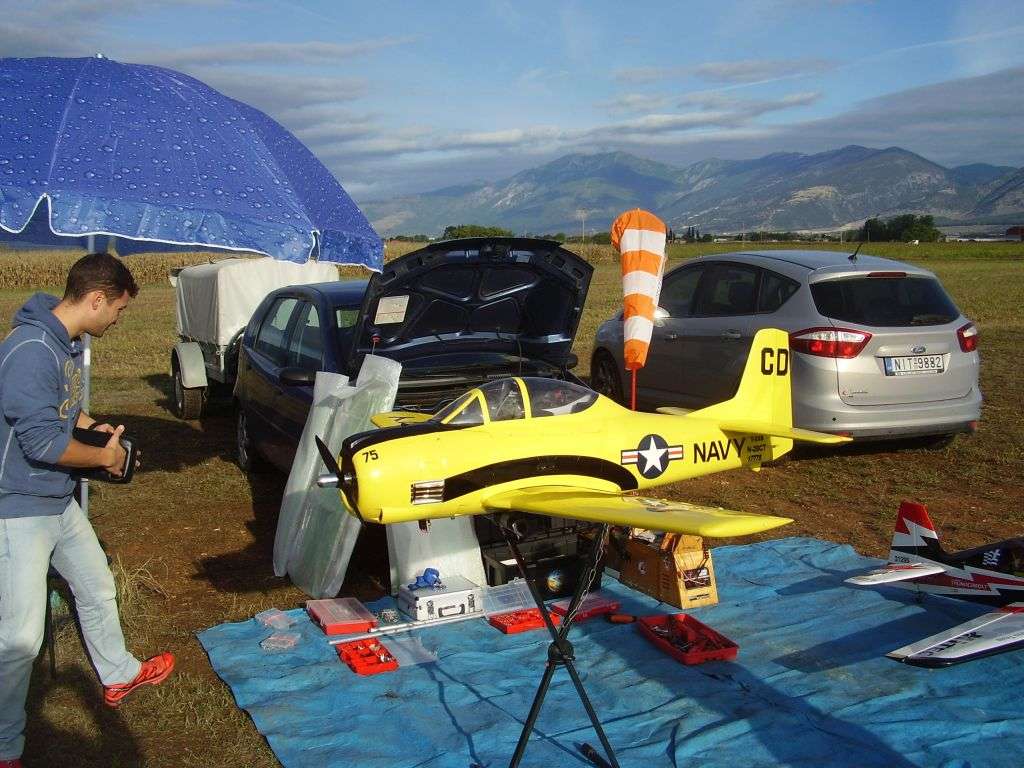 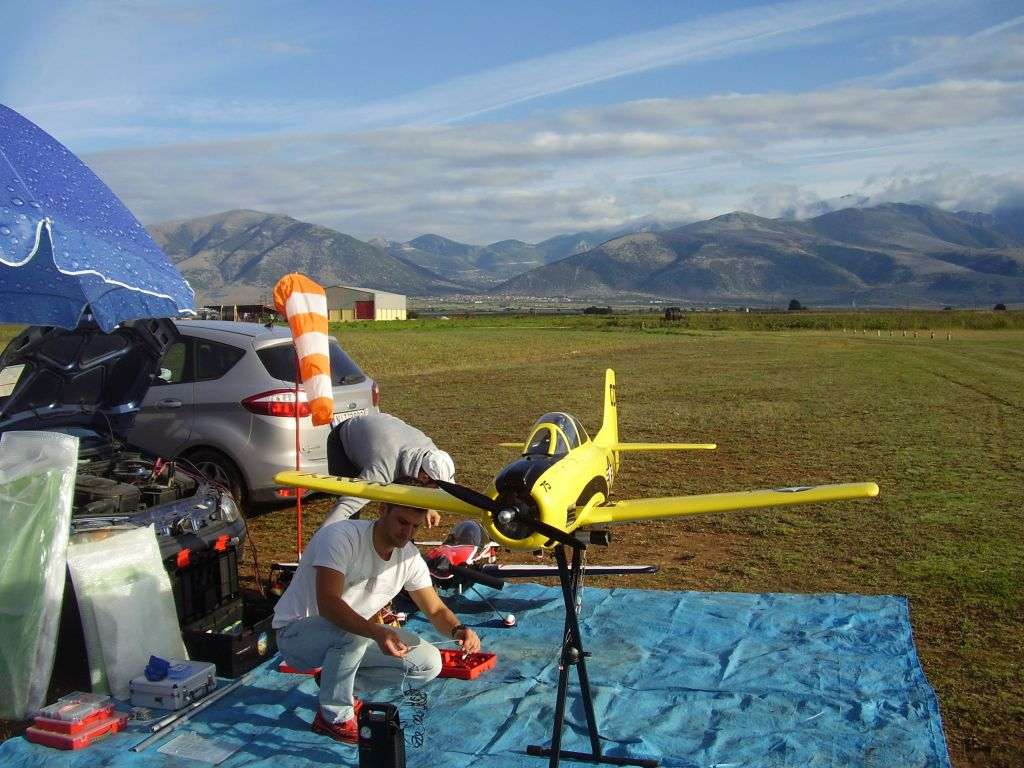 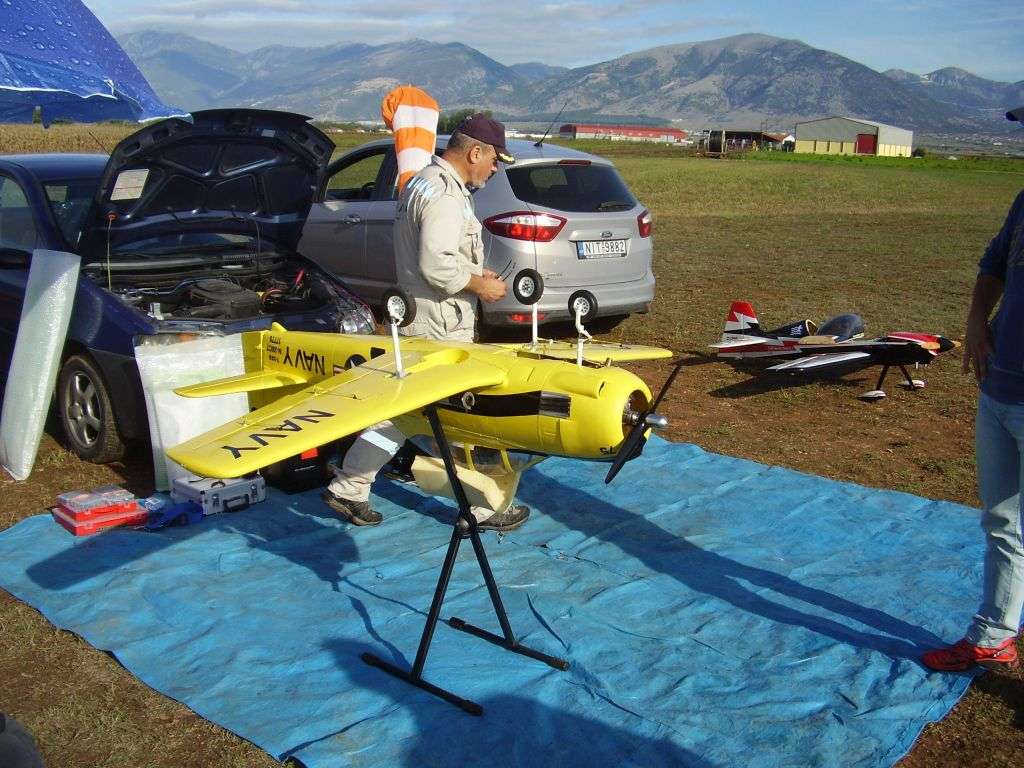 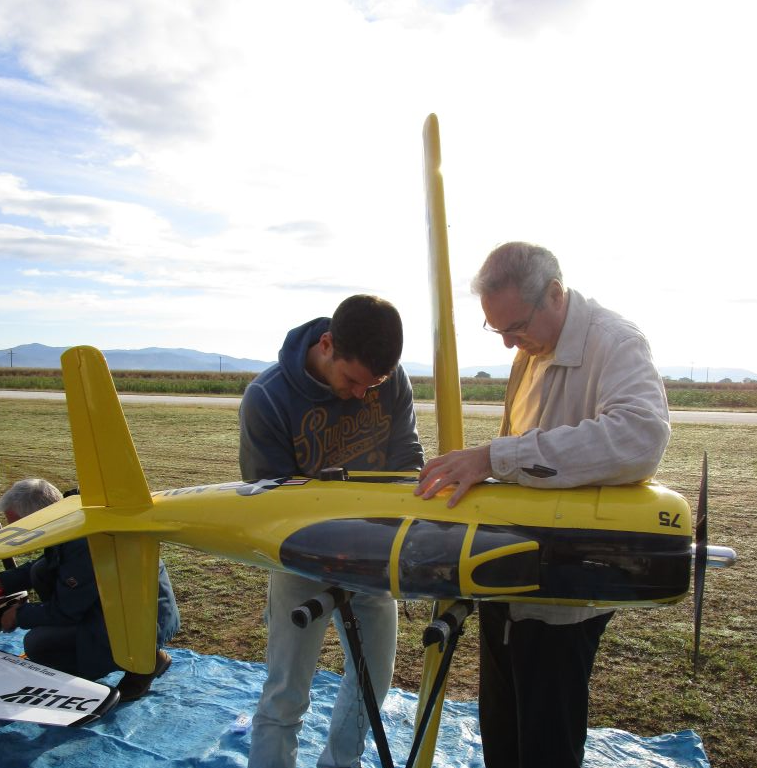 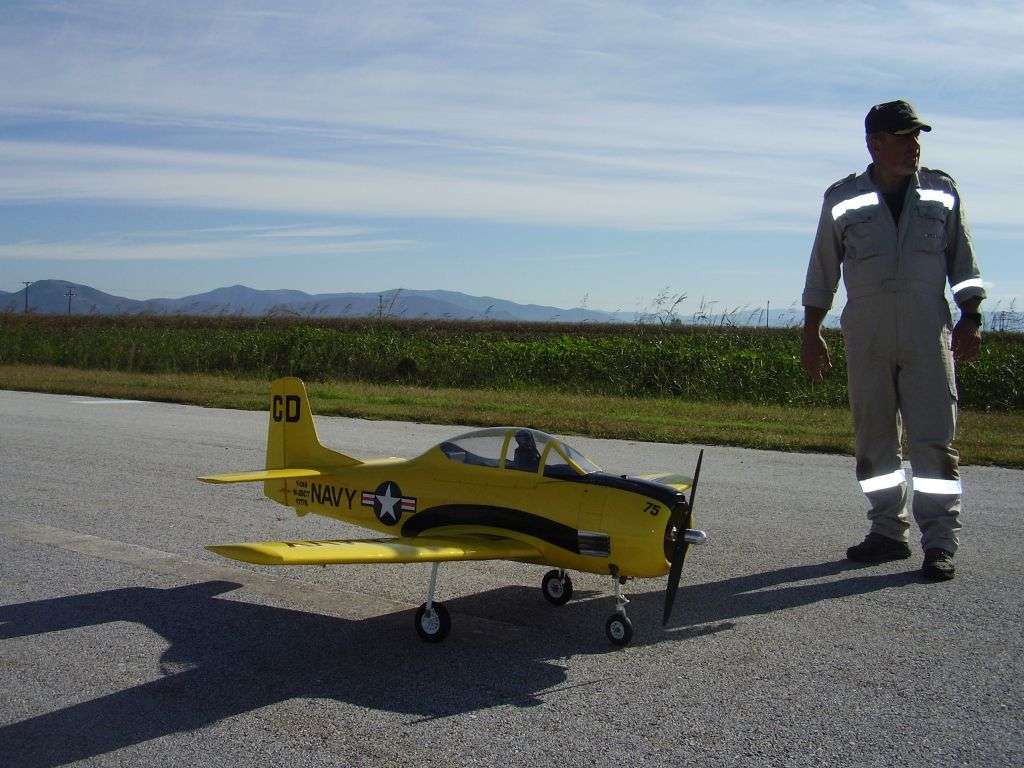 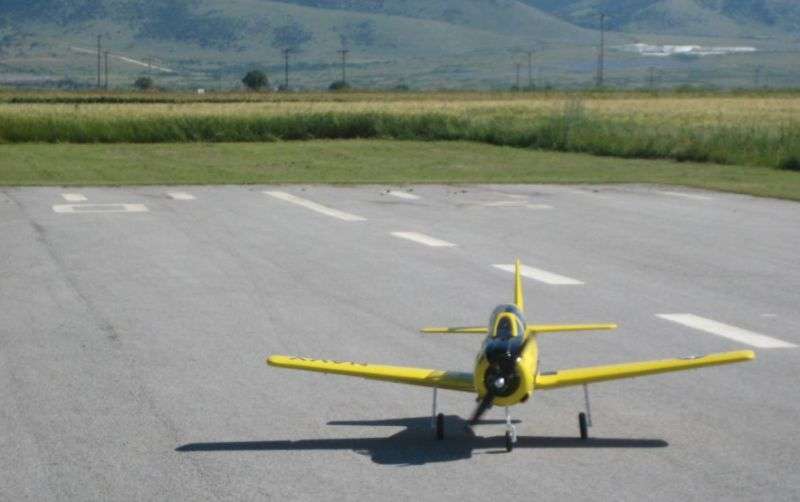 The time for the T-28 to return to active service has come! A refreshment was more than necessary. A thorough check of everything was a MUST. A new receiver was added. In this case an Optima 7 channel 2.4 GHZ made by Hitec that bonds ideally with the HITEC AURORA 9X radio. 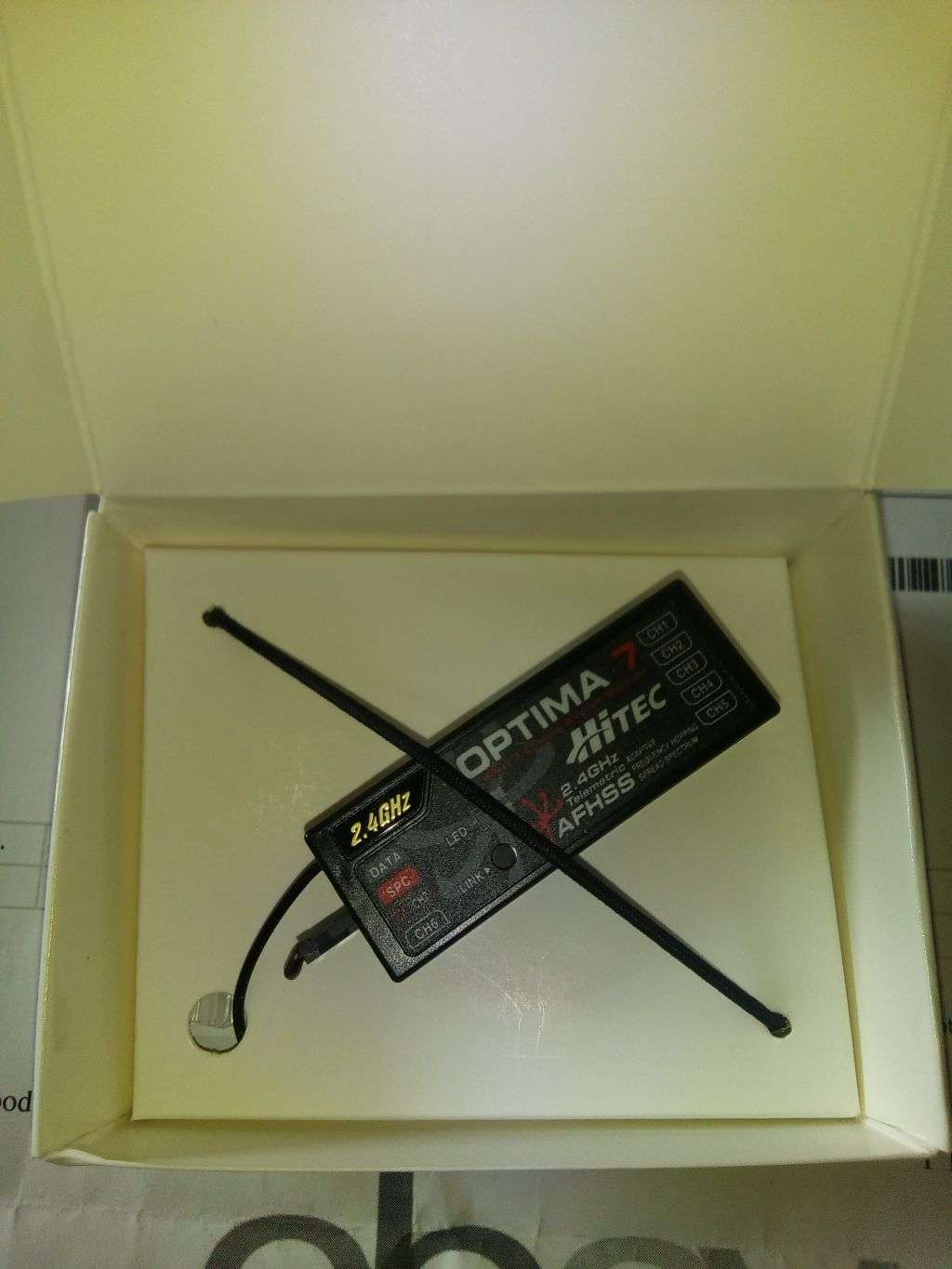 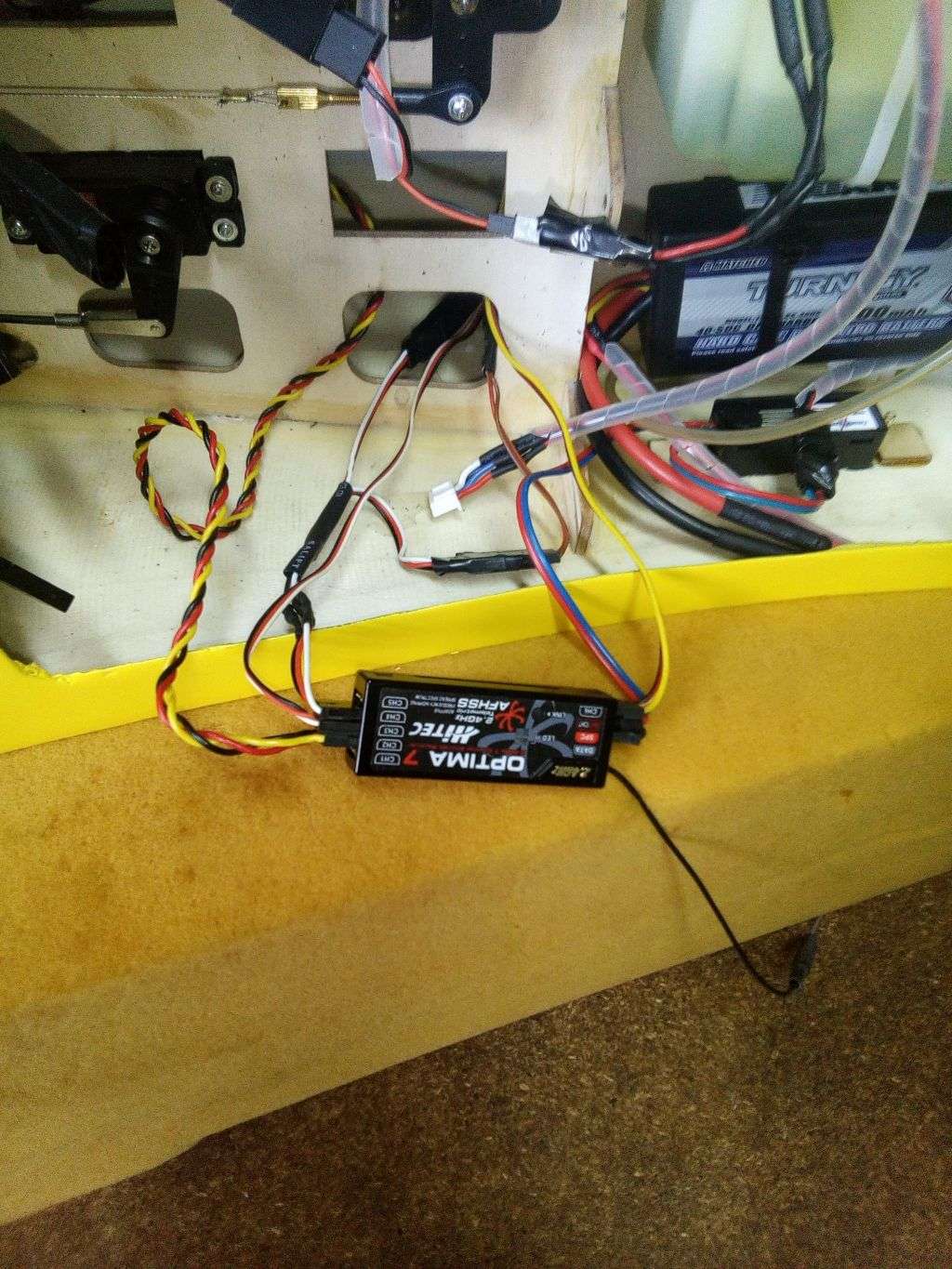 Three Li-po batteries were put onboard with different duties such as power of the lighting system (Strobes and Navigation), receiver’s power and engine’s electronic ignition power. 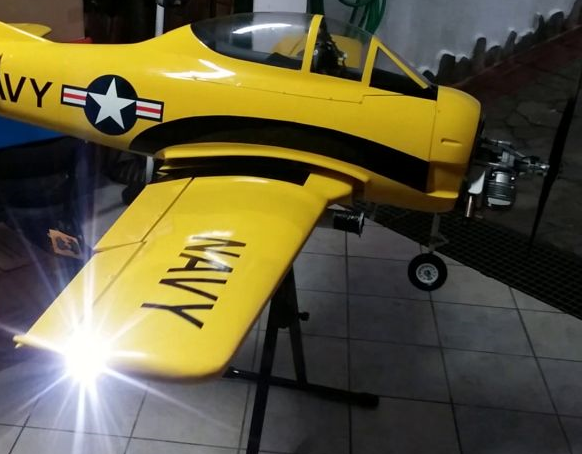 The power plant on board is a DLE 35A. 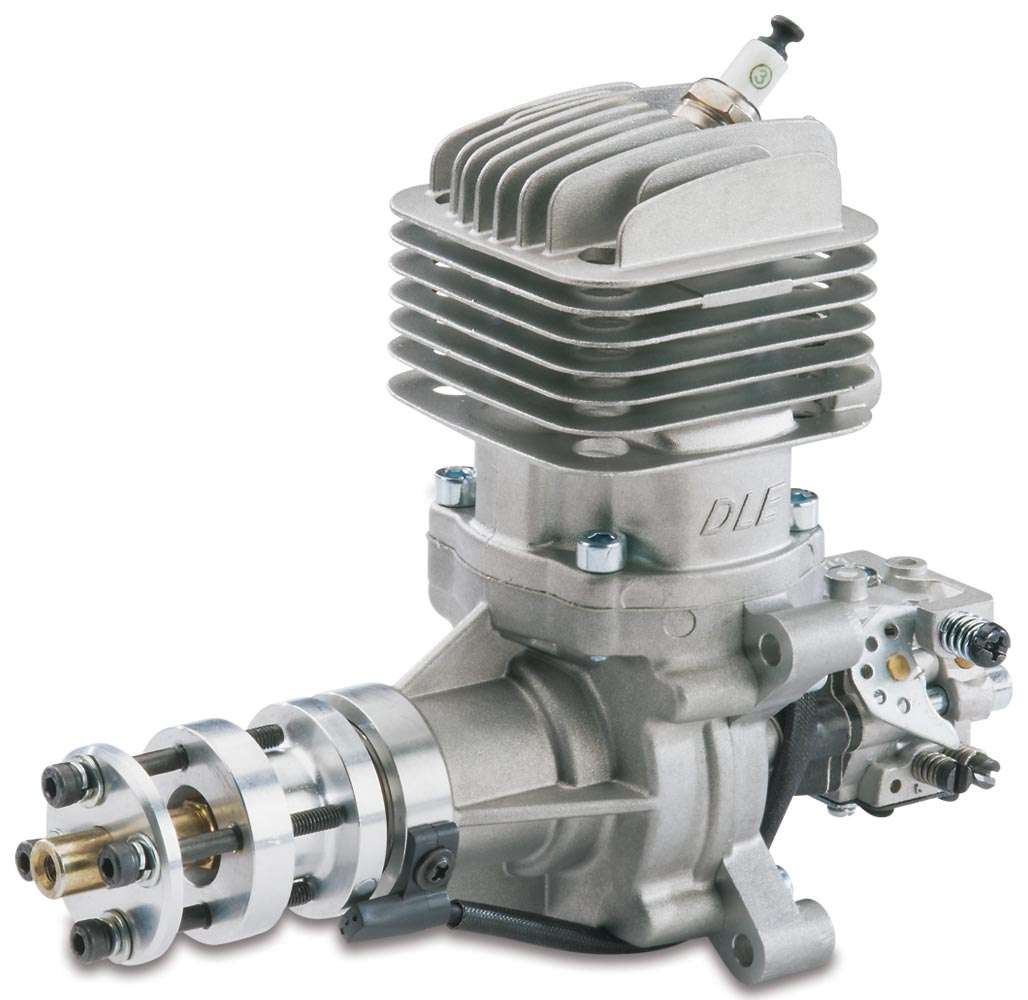 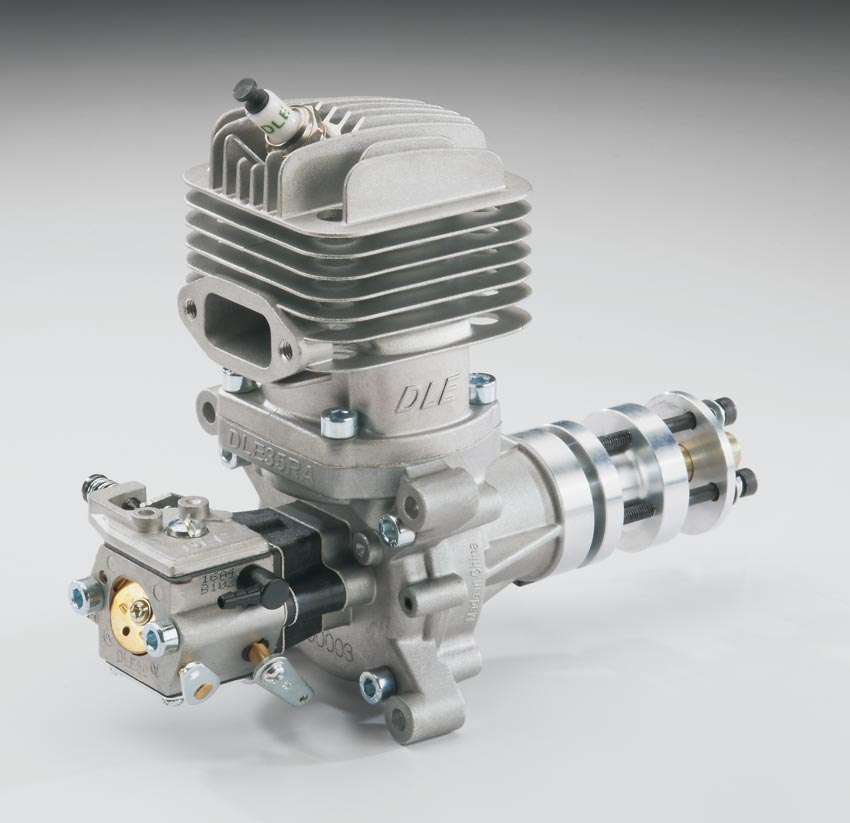 The engine’s specs as given by DLE are: 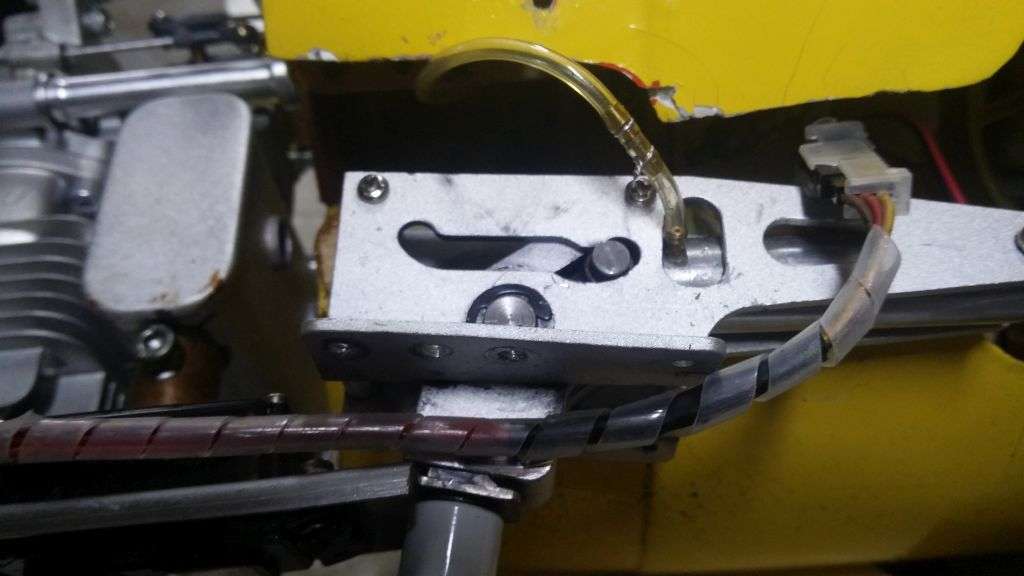 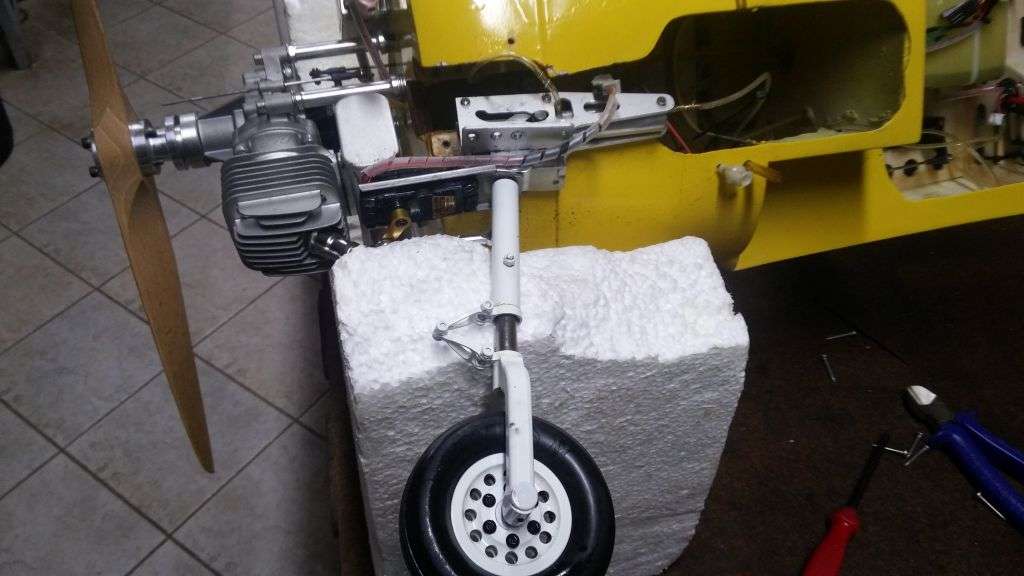 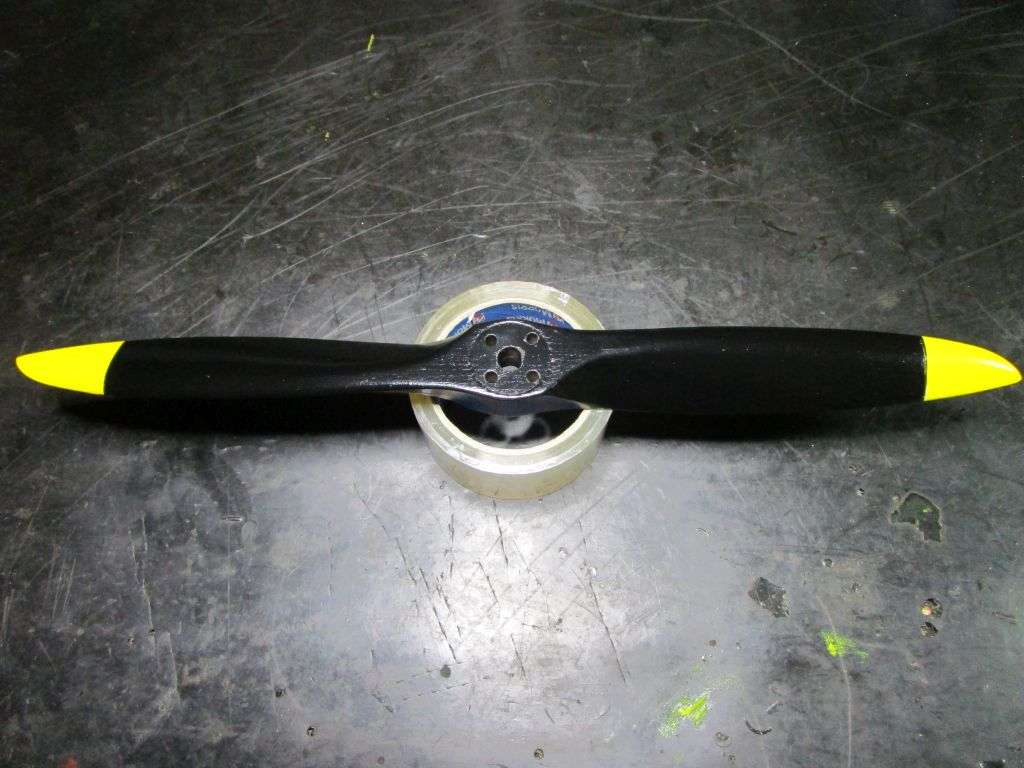 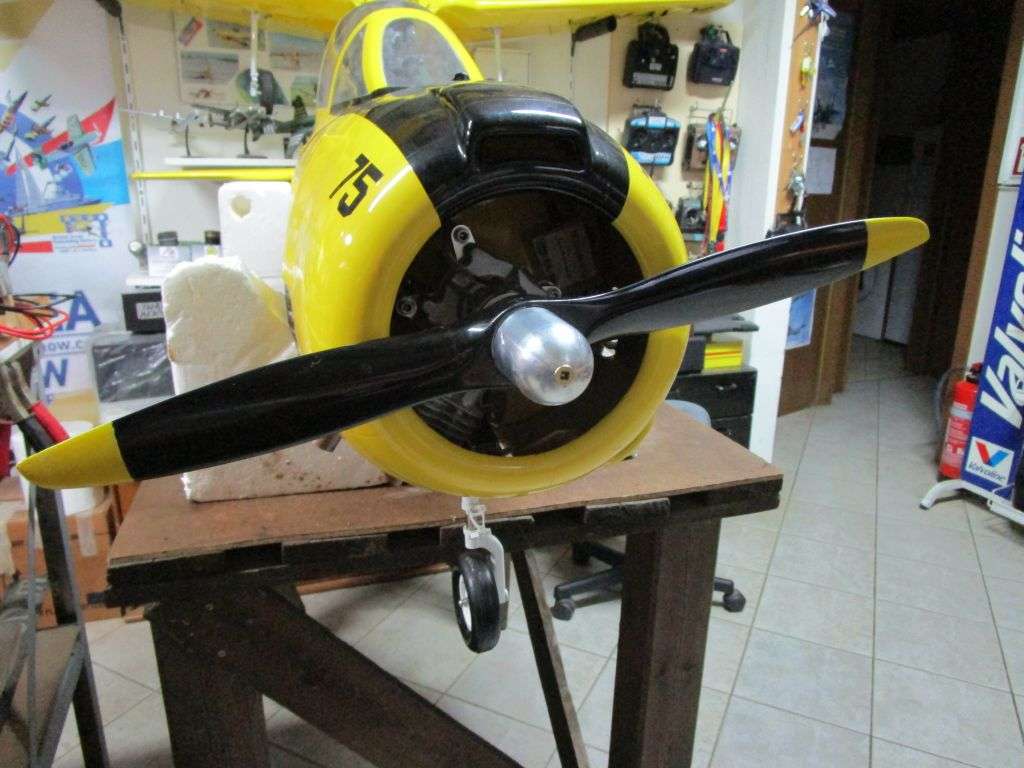 Finally it was time for an engine start up. 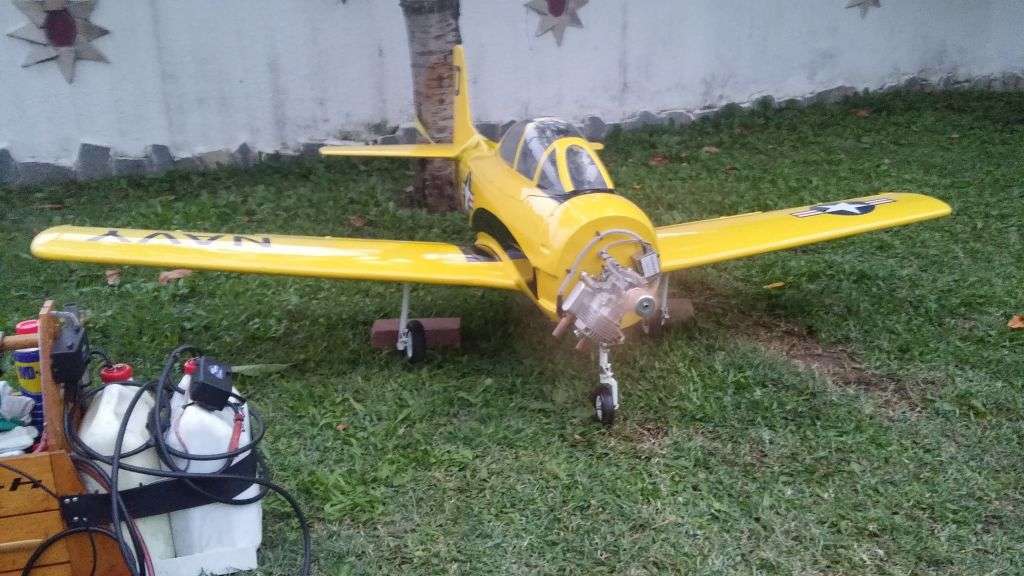 The cowl was taken off for easier access to the power plant, an improvised anchor (a belt tied to a tree trunk) and two cement bricks as chocks were applied and the trustworthy engine didn’t hesitate at all. Just a few revolutions of the propeller it was all it needed for fuel to be sucked in to the rear facing Walbro.

The DLE came to life with a steady idle. A minute later the throttle was advanced. The handheld tachometer showed more than satisfying readings, such as idle at 1350 Rpm and 6680 Rpm at full throttle, the engine equipped with a Pitts style muffler. The T-28 was put back on its cradle, waiting for the next weekend to meet the skies again! 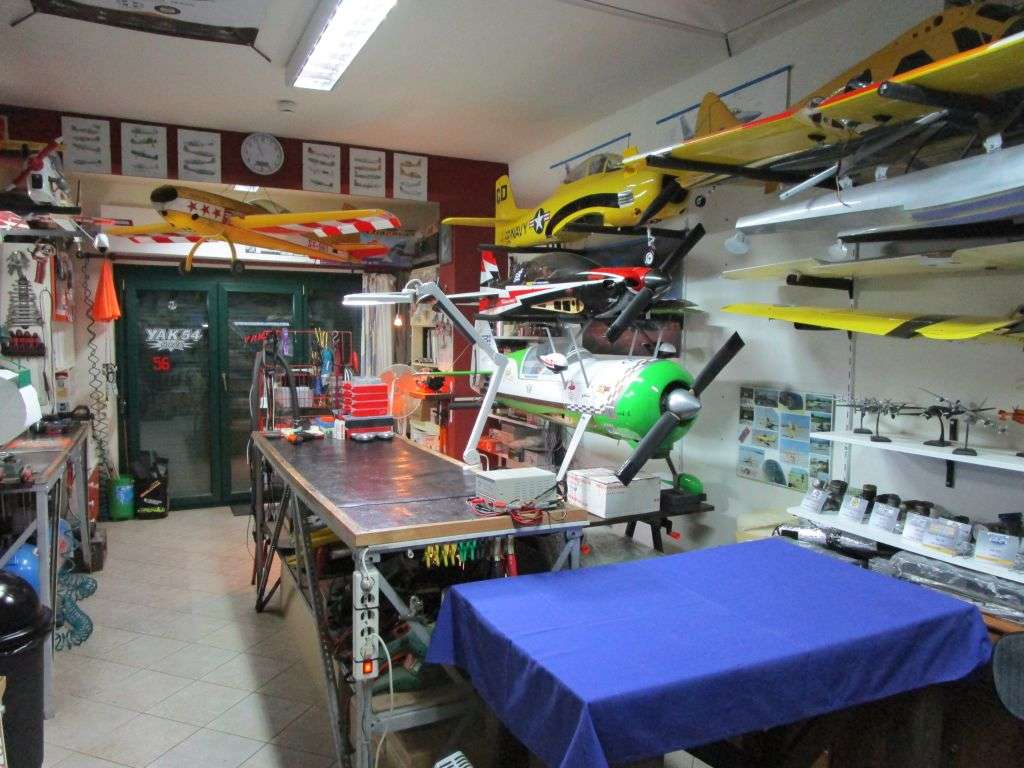