The Zenoah ZG 62 SL needs no introduction to gas engines enthusiasts! It’s a robust engine ideal for use in scale models. Zenoah engineers have done a first-class job designing this beauty. It comes in two versions either with magneto, 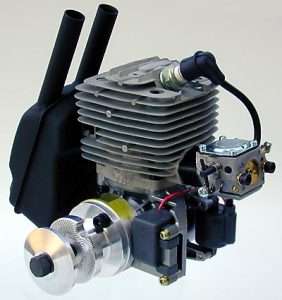 or equipped with the Falcon PCI-HV 1.3 microprocessor-controlled battery ignition system. 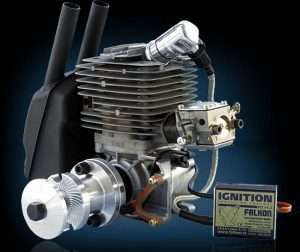 Some years ago, a Zenoah ZG 62 SL was added to our inventory. It must be said that it was (and still is) a faithful powerplant through all these years of use. At some point it was dismantled from an EXTRA 330 after an unexpected low-level midair power coil failure and a consequent hard landing.

Recently we decided to put it back in service, so being relatively on the heavy side, the right choice was its transformation from Magneto to Microprocessor ignition setup. The aim was to equip the engine with a more accurate and trustful ignition system and at the same time to reduce its weight as much as possible, so a PCI-HV ignition conversion set with Zenoah rubber plug cap, was purchased from Toni Clark. 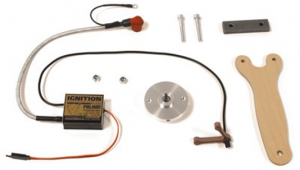 In its former configuration we used the spring starter for easier start of the G 62 SL which helped, but added to the total weight. 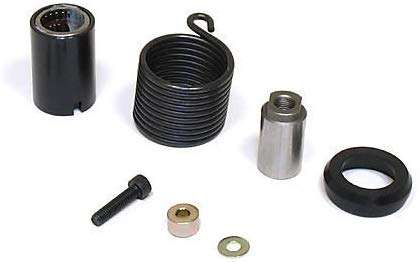 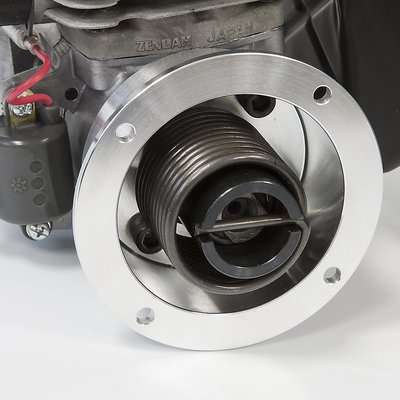 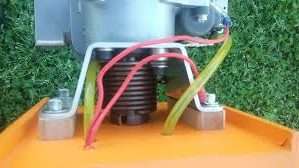 With the new Falcon PCI-HV 1.3 microprocessor ignition, the spring starter is no longer needed, which means a 270 grams’ weight reduce! The transformation is easy and fast, as long as the detailed instructions that come along with the ignition and its parts, are followed. 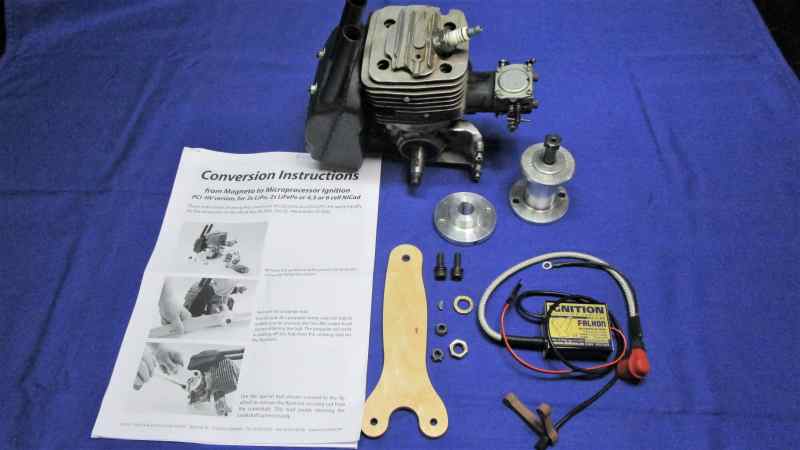 The first step was to remove the hub which in this case belonged to the long version. As described in the detailed instructions manual, we attached a propeller to enable us to remove the M6 socket head screws. 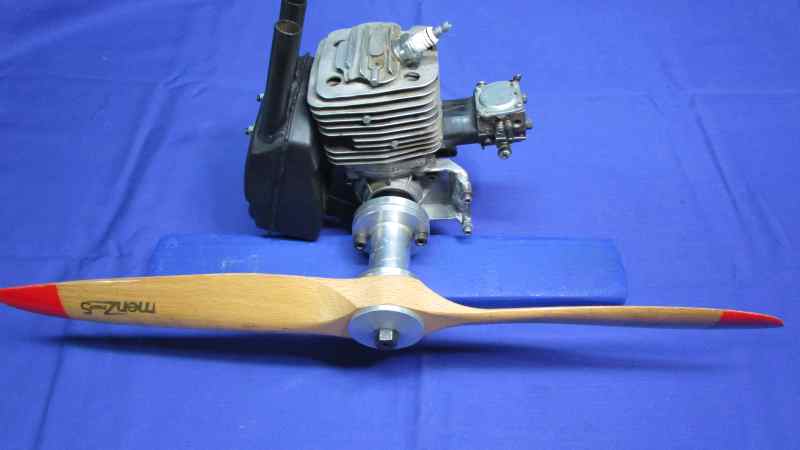 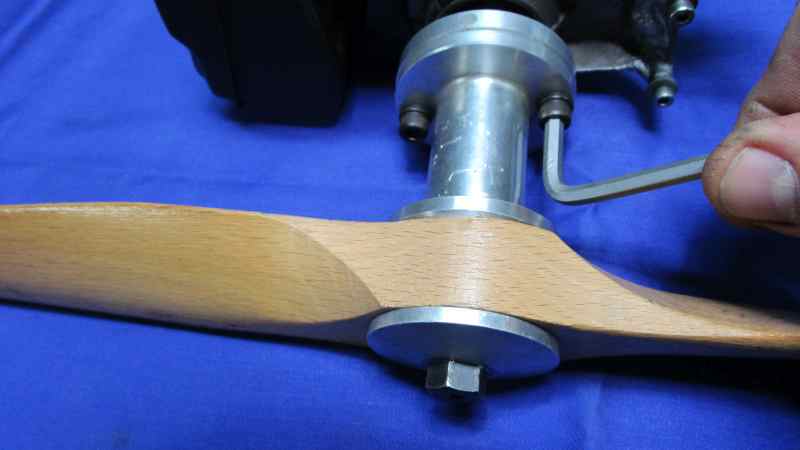 The two M6 screws are (as described in the manual) are secured with safety nuts which were removed at the same time. 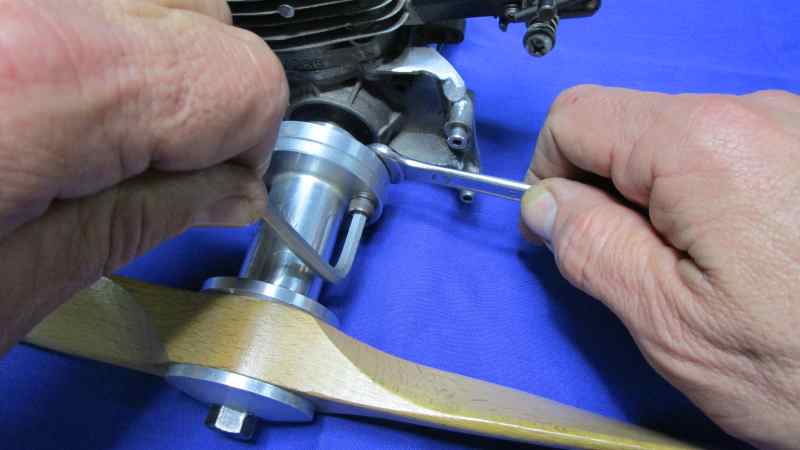 Then we screwed the special tool (made of tough plywood and included in the upgrade package) to the flywheel, to remove the flywheel securing nut from the crankshaft. This tool cleverly avoids stressing the crankshaft unnecessarily. 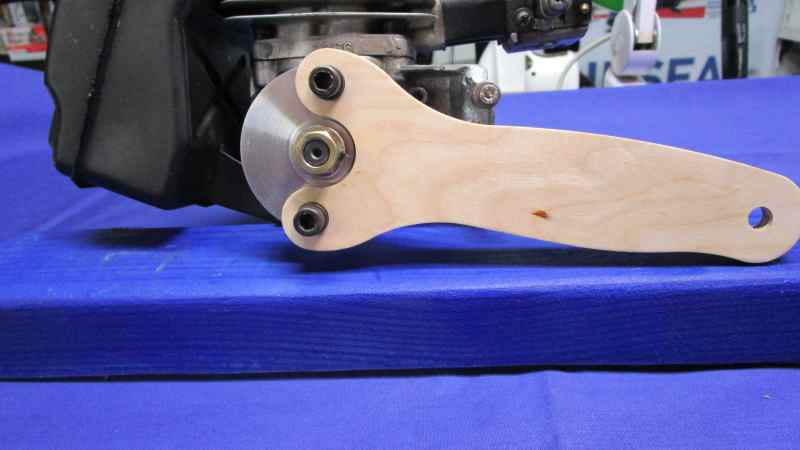 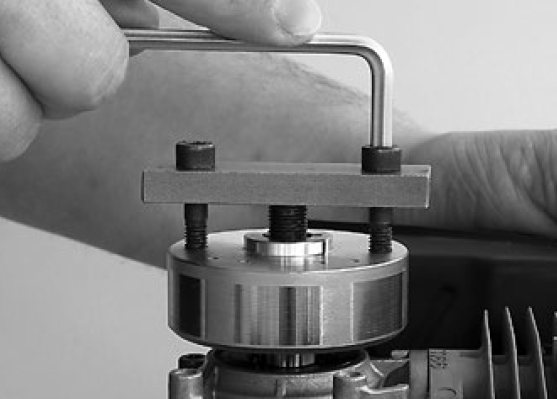 but instead we used a two leg wrester to carefully pull the flywheel off the crankshaft taper. 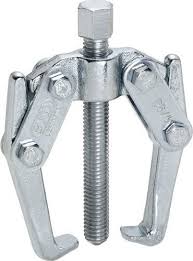 The result was as it is shown in Toni Clark΄s manual. 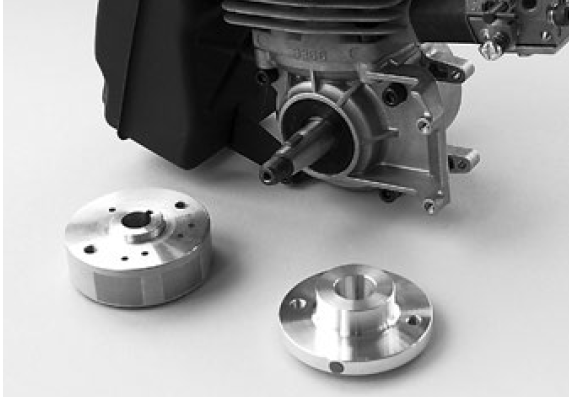 It was time to carefully attach the new flywheel to the engine following the vice versa procedure. 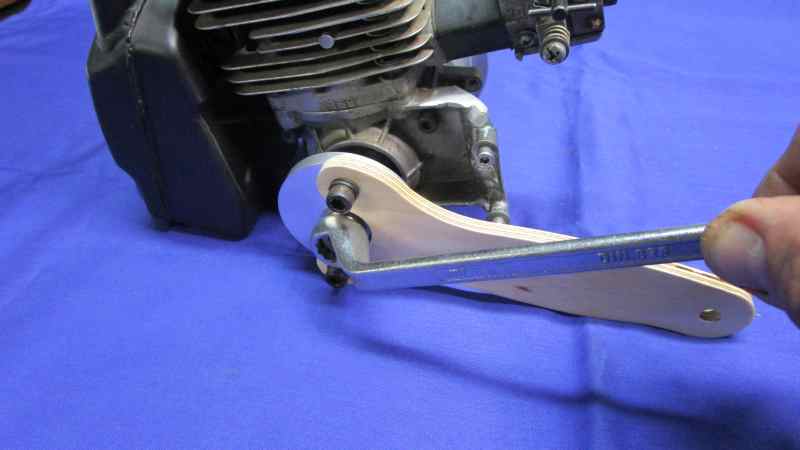 The long hub took its place again with the two M6 bolts secured with a new pair of safety nuts.

The pickup head was next to be attached using the same power coil screws. The ignition timing is automatically setup and cannot (and need not) be adjusted as it also described in the manual. 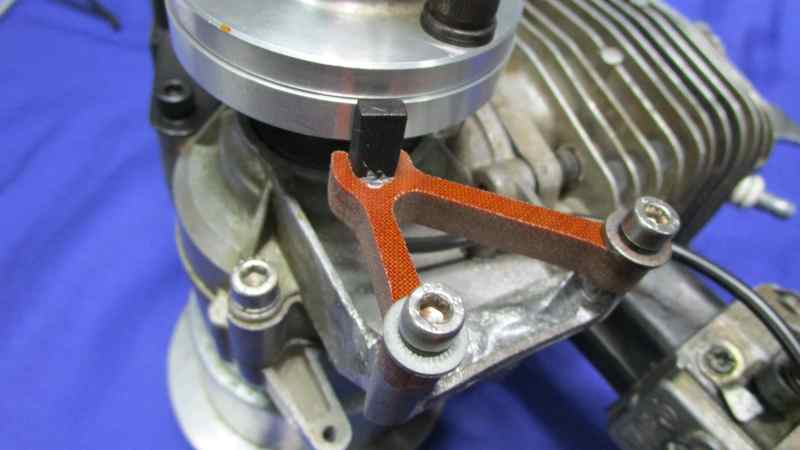 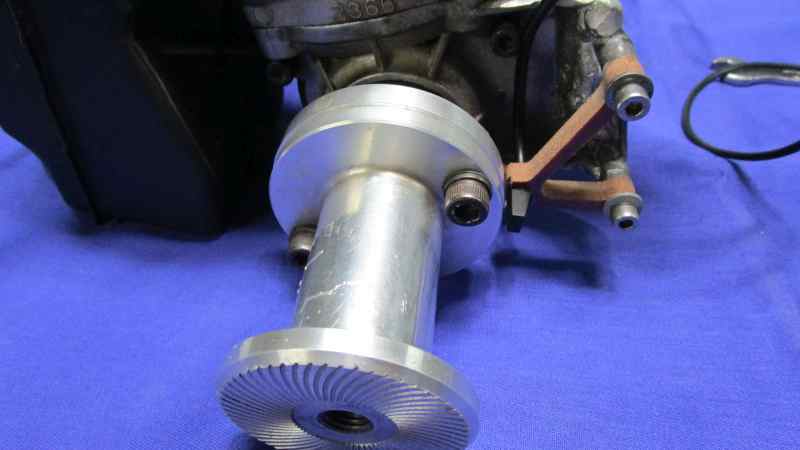 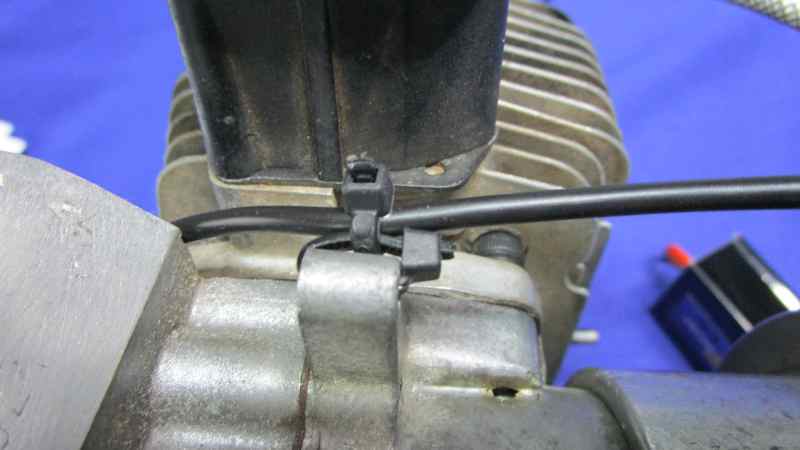 The black insulated ground cable was attached to the engine head with a sort M6 bold, a new sparkplug added and the beautiful sparkplug cup took its place. 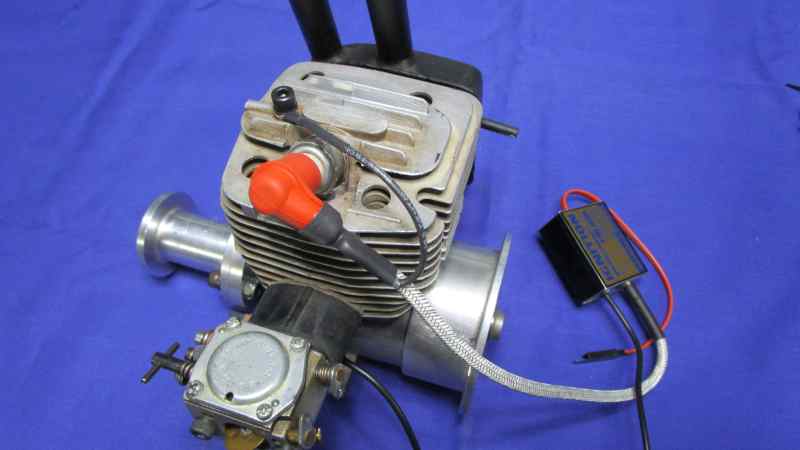 It took us approximately 20 min to disassemble the old Magneto-based ignition and install the new one with the following results / benefits: 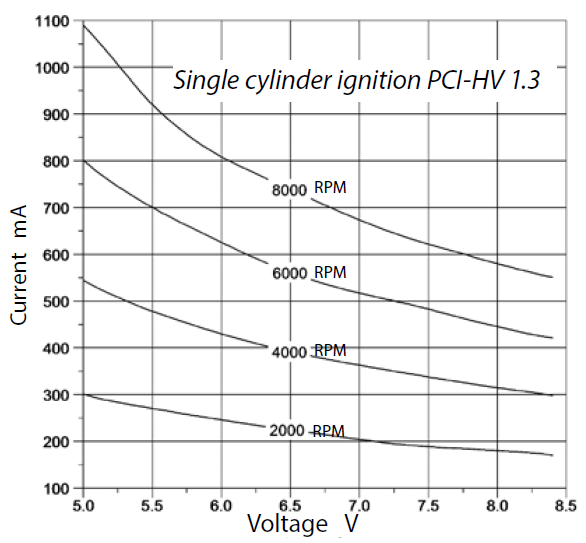 As it is proposed in the conversion manual, we chose a 2S 2,2 mAh LiPo battery for the initial run test. The same, or a similar one will be used in the future when the newborn Zenoah will roar in front of the firewall of another model!

For the initial run test with the new configuration, the Zenoah was securely mounted on a sturdy handmade wooden test stand. A fuel tank and the LiPo were connected and a steel cable to control the throttle. 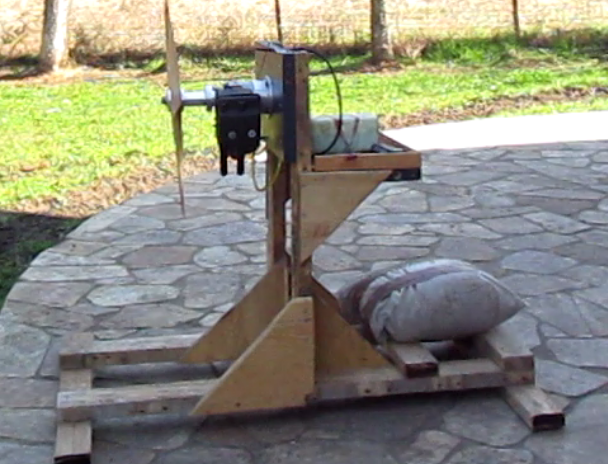 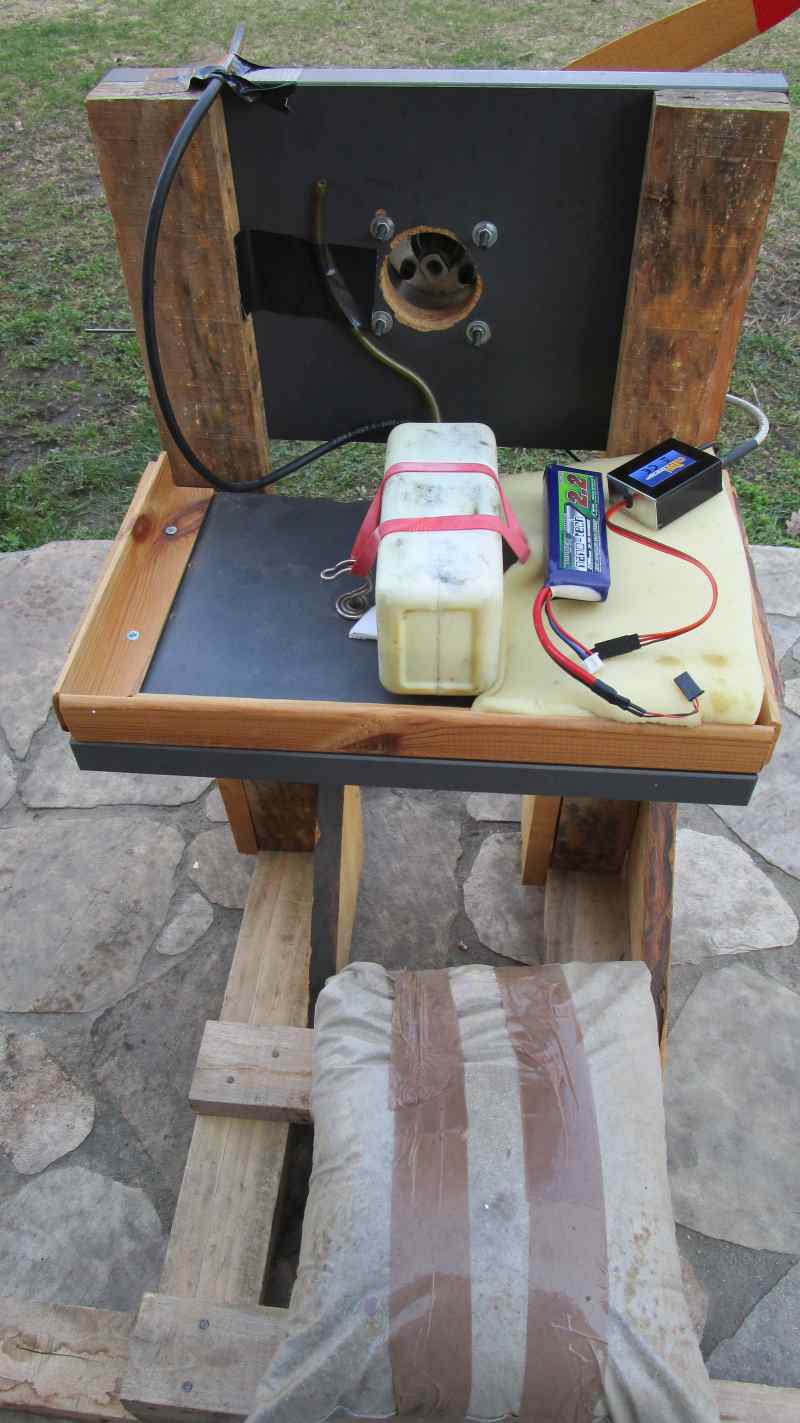 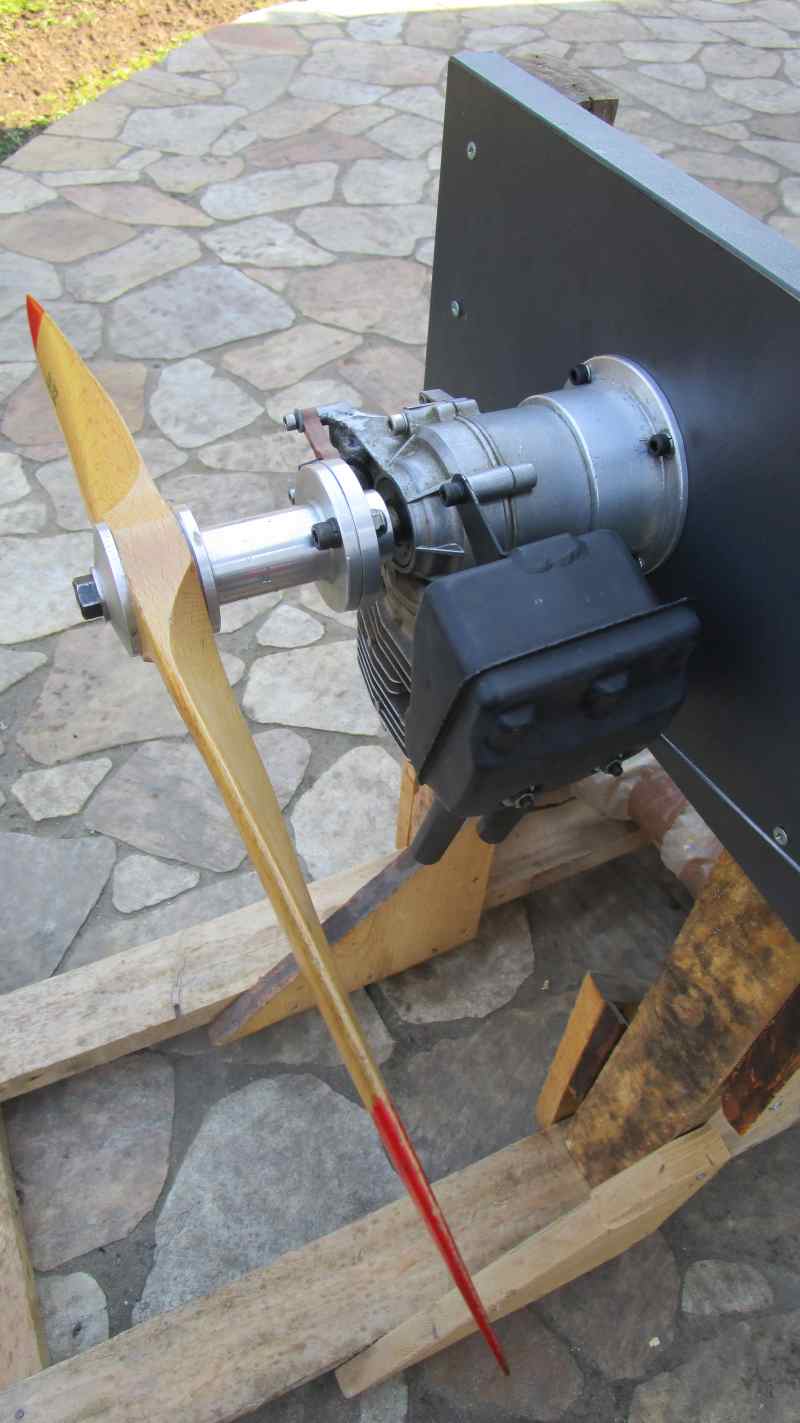 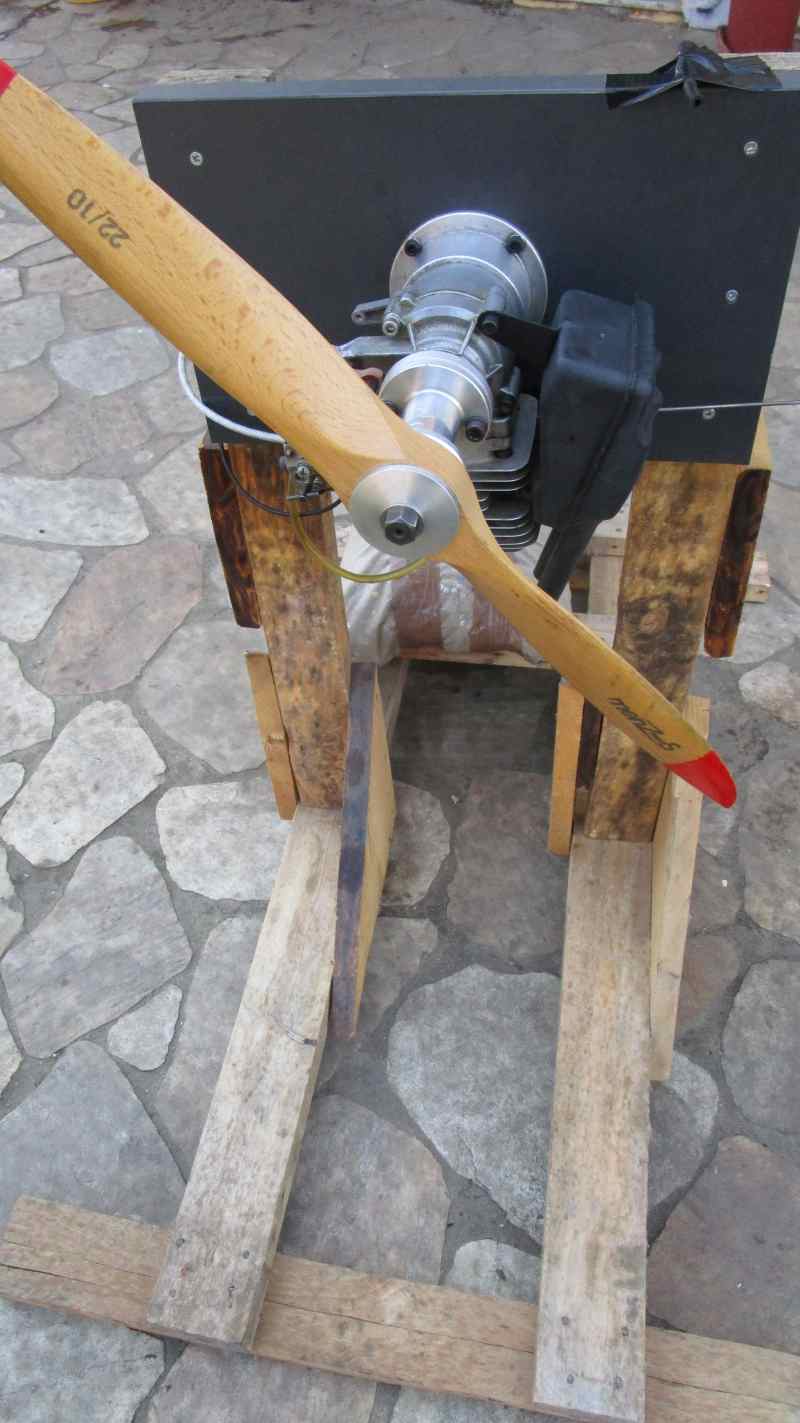 With the ignition off we primed the engine just enough for the fuel to reach the carburetor. Choke ON, ignition ON, two flips of the propeller and Voila! The Zenoah woke up immediately from its long sleep and was running like a fine-tuned watch! Two minutes later when Zenoah has reached its normal running temperature, we started increasing the Rpms with the improvised throttle control rod. No hesitations at all, even at sudden increasements of the throttle, but an ear pleasure linear response from idle to full throttle!