The Radio control as the brain in the human body, is the magic control box that transforms a lifeless pile of balsa into a graceful soarer, an amazing aerobatic or a high speed jet. This is a short guide to help you choose the one that fulfills your needs.

The first thing you need to decide is what you want your model to do. For each control function, you need one channel of control. The usual uses for control channels are:

When you have more than 6 control channels, you can add features such as navigation lights, bomb drops, dive brakes, parachute drops, sliding canopies or other operating parts to your model. The most common number of control channels used on a powered aircraft model is 4. Sailplanes, cars, and boats usually use 2-3 channels. Four-channel control gives you full aerobatic capability and will enable you to fly most airplane models.

Refers to the stick configuration of an aircraft transmitter’s control sticks. Mode 1 has the aileron/throttle on the right stick and the rudder/elevator on the left. Mode 2 has the elevator/aileron on the right stick and the rudder/throttle on the left and is the worldwide preference at the current time. There’s a simple reason for this. Almost all Ready To Fly (ARF) planes in combo configuration are sold nowadays with Mode 2 transmitters, and as time passes and more beginners enter the hobby with a new RTF, they are slowly but surely replacing the Mode 1 flyers.

AM: Stands for Amplitude Modulation which transmits by a variation in the amplitude of signals and it is subject to interference more than FM. 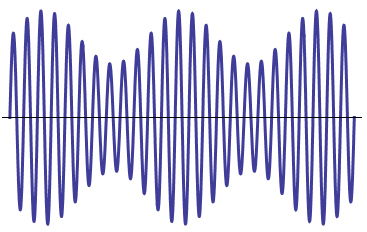 FM: Stands for Frequency Modulation which transmits signals by variations in frequency and reduces the risk of “glitches” due to signal interference. 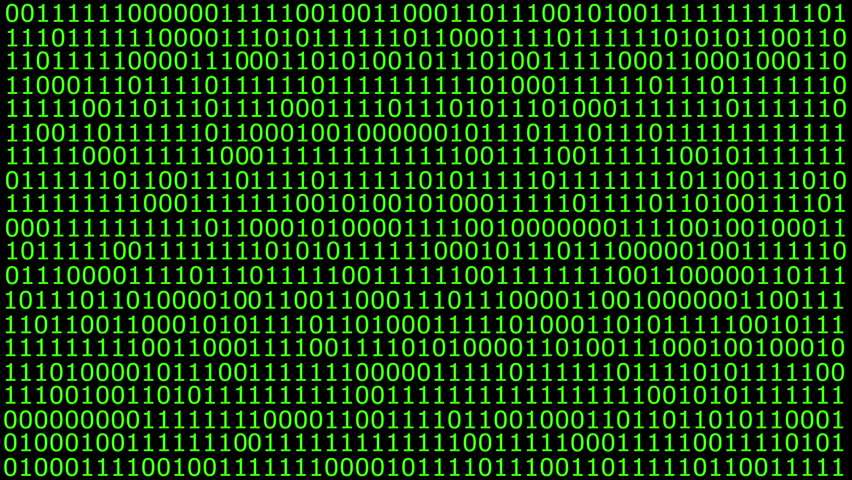 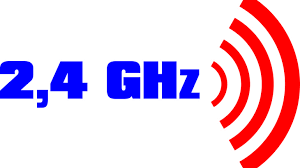 In addition, the 2.4GHz systems never stay on a single frequency for more than two milliseconds. You never have to worry about signal conflicts, and never need to wait for an open frequency.

To get the most out of your model you need confidence in your radio, and that’s where Secure Link Technology (SLT) becomes handy. It’s proven reliable, eliminating virtually any possibility of interference. An SLT transmitter encodes its signal, and then sends it using true frequency-hopping technology. Only the companion SLT receiver, linked by the push of a button, can capture the signal, decode its commands and relay them to your model. Secure Link Technology is the protocol used by Transmitter-Ready™ (Tx-R™) aircraft, today’s fastest growing aircraft category. SLT makes it easy to fly dozens of aircraft with the same radio. That’s why SLT transmitters are popular with Receiver-Ready Rx-R™ pilots, too! 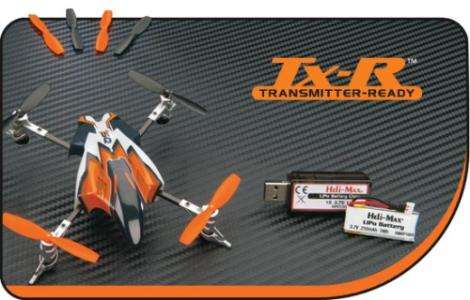 A servo contains an electric motor and is the “muscle” that moves the rudder, elevator, or other control surfaces. For each channel of control, you need a servo. Most 4 or more control channel radios come with 2-4 servos. There is a wide variety of servo types depending upon their intended use. If your 4-channel radio only comes with 3 servos and you wish to fly a “full-house” airplane (one that has 4 controllable features) you’ll want to purchase one additional servo.

2.4 GHz Spread Spectrum Technology is among the most common ways to transmit radio signals. It’s the fastest, smoothest, most reliable control possible so that’s why it’s ideal for R/C use. One common way that 2.4GHz systems operate is by hopping between frequencies, preventing same-channel interference. Secure Link Technology, or SLT, is among today’s most popular 2.4 GHz Spread Spectrum protocols. SLT is used in Tactic radio systems, along with select transmitters from Tower Hobbies and Hitec. SLT can also be found in the receivers of all Transmitter-Ready (Tx-R) models, as well as the Tactic AnyLink 2.4GHz Adapter. 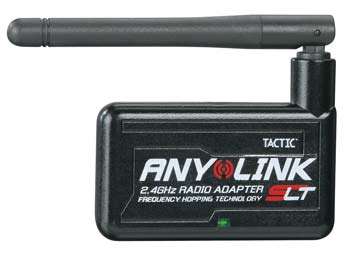 SLT systems feature fast, easy push-button linking which is a feature that’s also found in Futaba protocols. S-FHSS/FHSS, FASST™ and FASSTest are among their most popular. 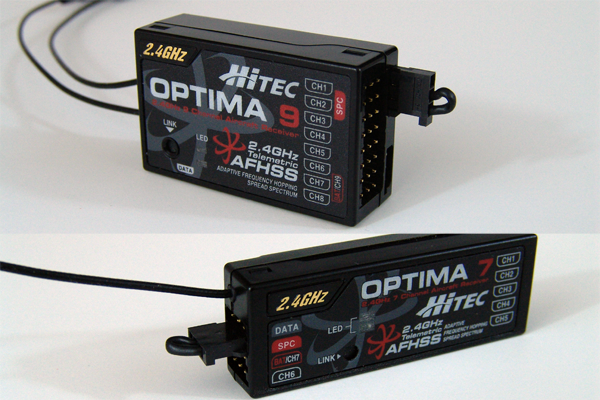 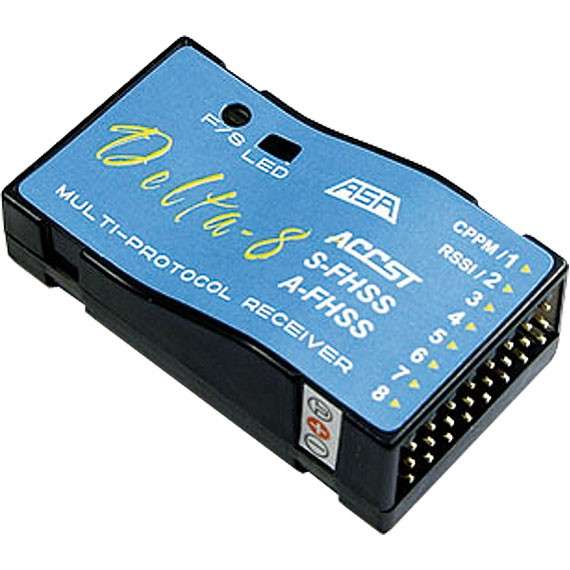 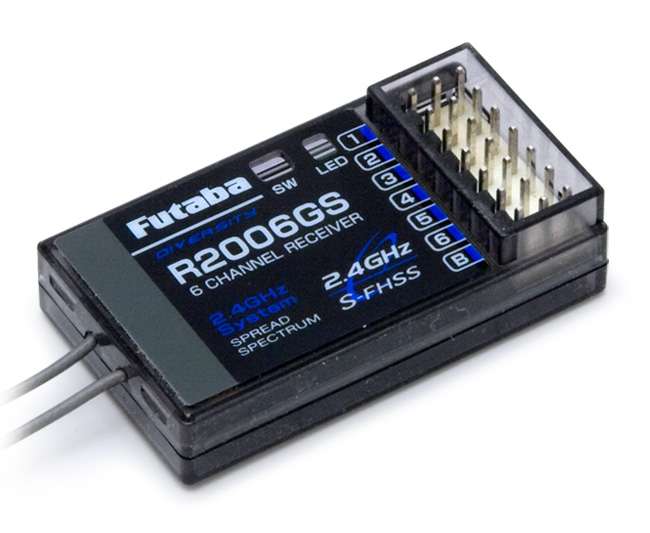 This feature automatically returns a servo or servos to neutral or a preset position in case of a malfunction or interference. 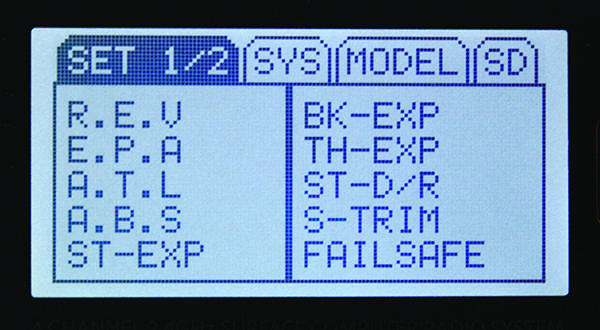 A dual rate switch on the transmitter can reduce the amount of servo travel. This makes the controls less sensitive. The aileron and elevator control channels are the most common channels with this feature, although some radios will also have a rudder dual rate switch. Select low rate, and an over responsive model can be made easier to control. Since beginners tend to over-control the model, low rate can also excessively help them control their models.

The most common and economical type of battery. The voltage of a typical NiCd (or NiMH) cell is 1.2V. 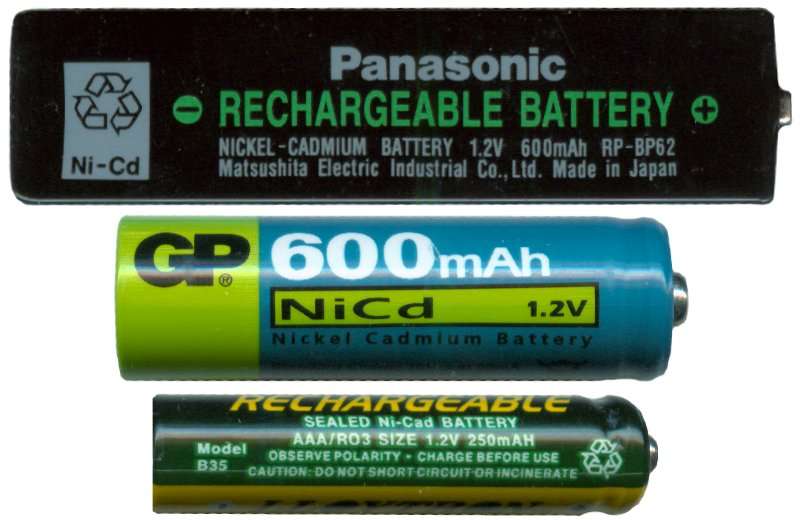 While about the same size and weight as NiCd cells, NiMH cells offer a wider range of capacities. NiMHs are also more environmentally friendly, requiring neither cycling or recycling. 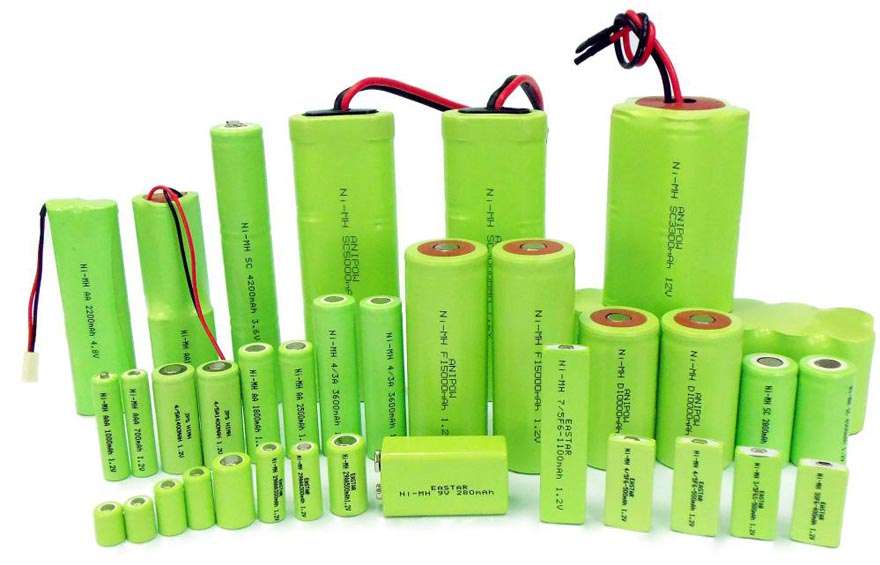 More costly than NiCd or NiMHs, LiPos also offer higher performance due to lighter weight (about half that of NiCds or NiMHs) and higher voltage (3.7V, or 4.2V for balanced cells.) 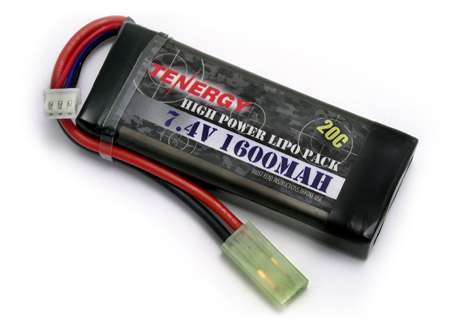 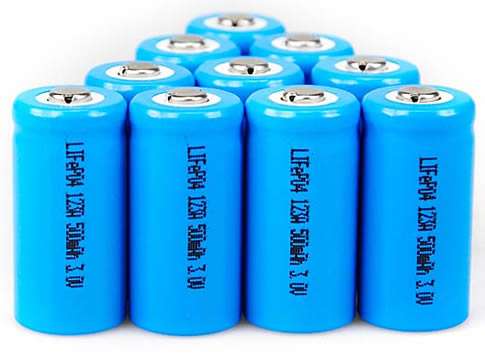 Some trainer systems like those found on select Futaba transmitters, connect two separate transmitters by means of a trainer cord. 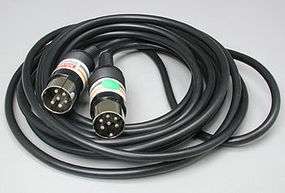 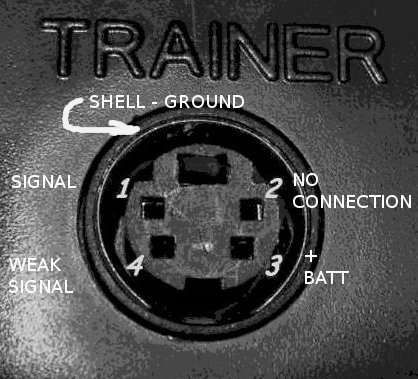 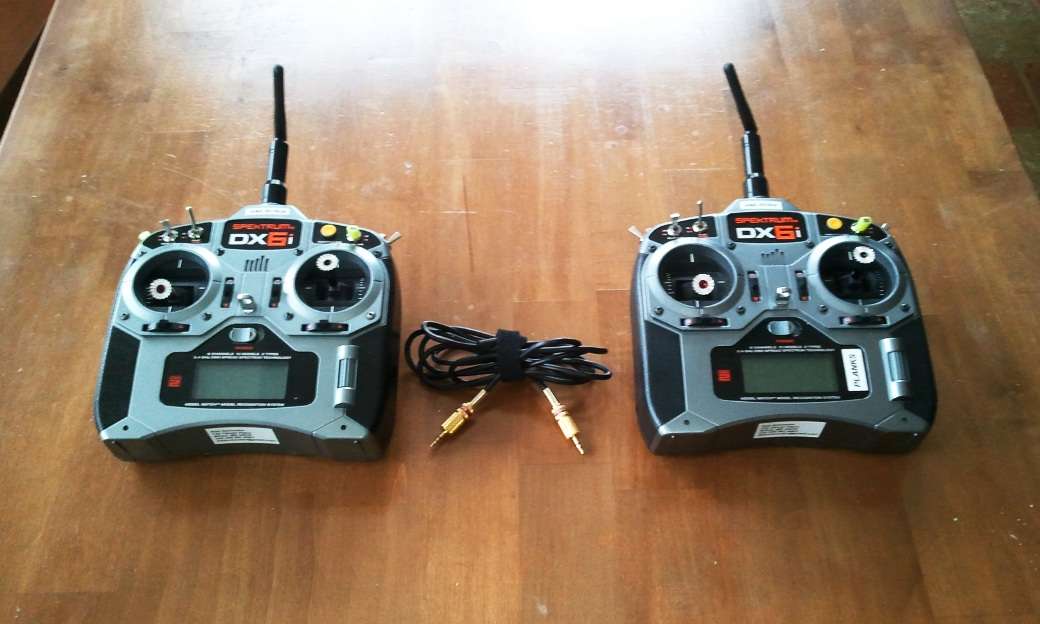 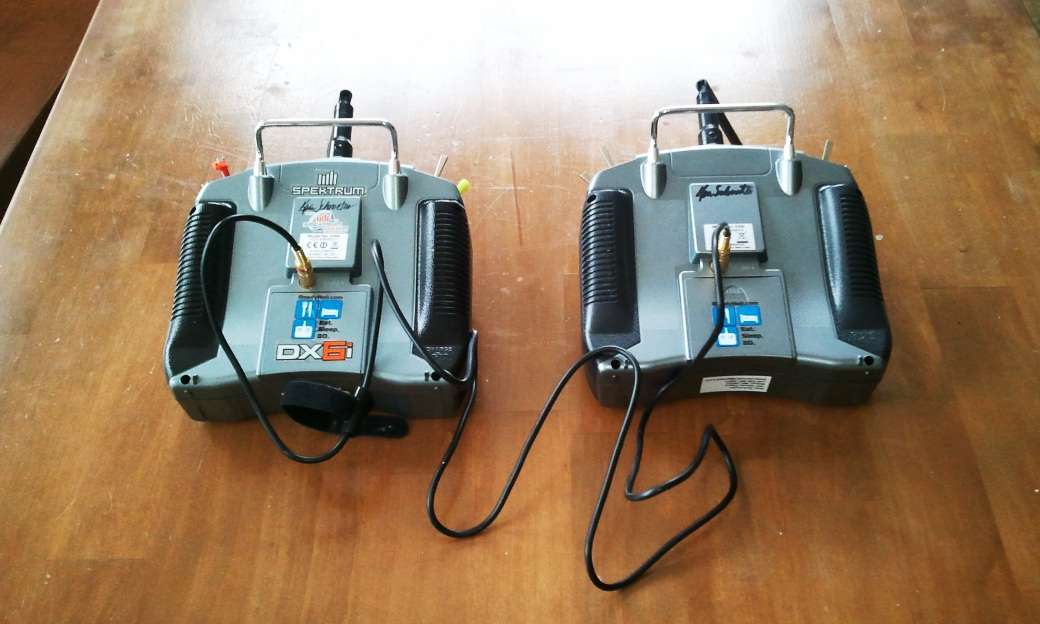 Wireless trainer systems – like those found on select Tactic transmitters, act the same way, connecting a teacher’s transmitter to a student’s. 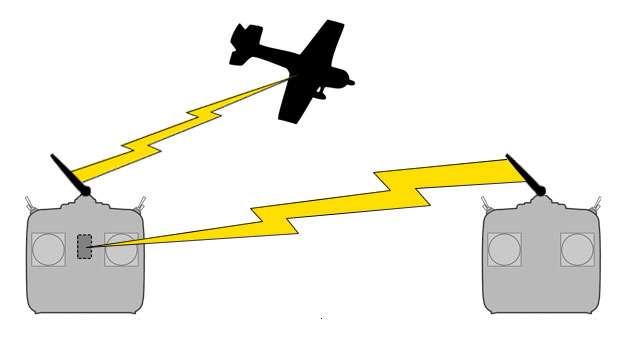 The only difference is that a trainer cord isn’t necessary, since the wireless connection is built into the transmitter.

This feature allows you to reverse servo rotation. If a channel operates opposite of its intended direction, a simple flick of a switch corrects the problem. 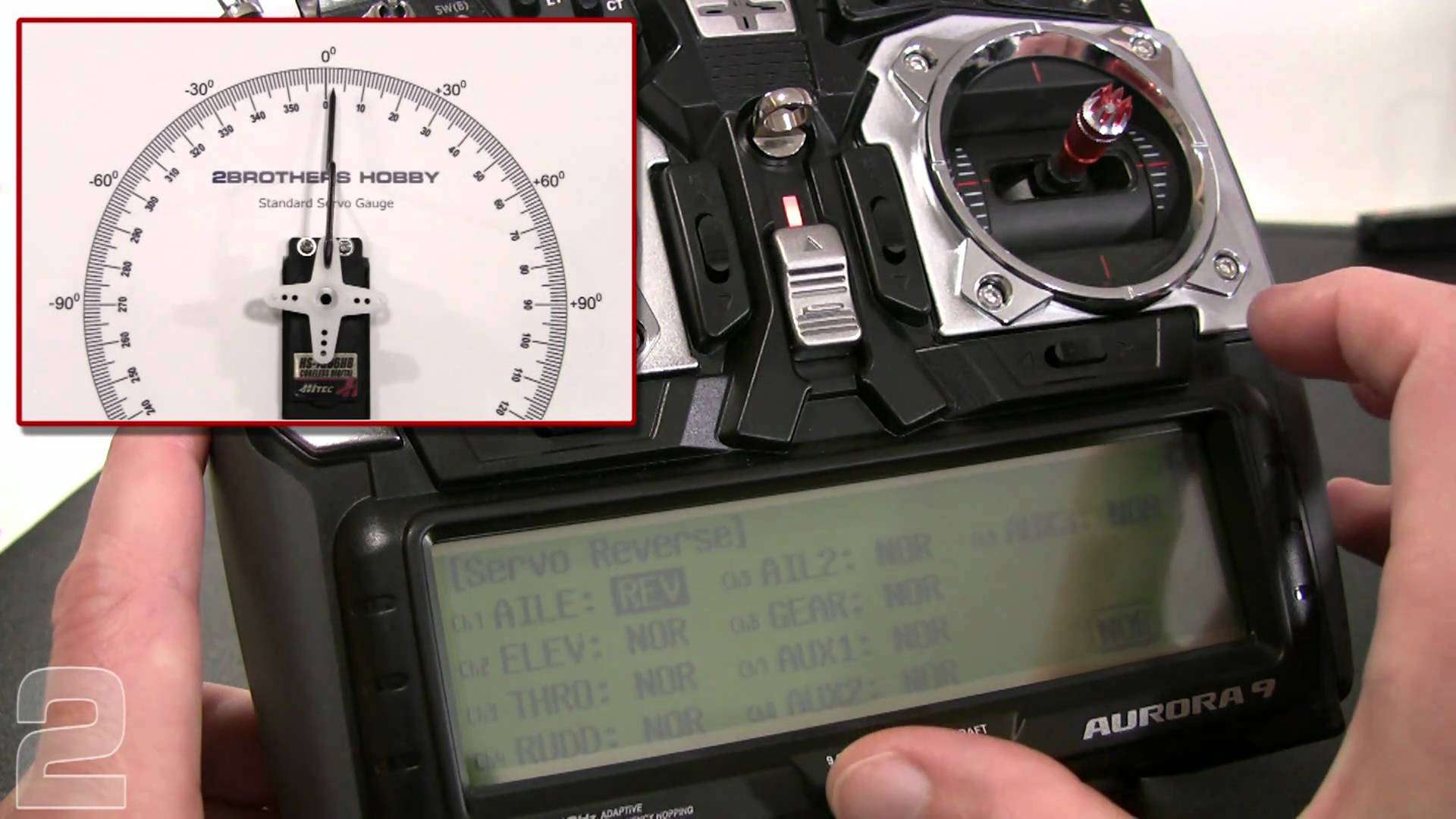 ATV allows you to preset the maximum travel of a servo to either side from its neutral position. Such settings help tailor control action to suit your flying or driving style.

These feature smoothes responses between stick or wheel and the controlling servo movement. 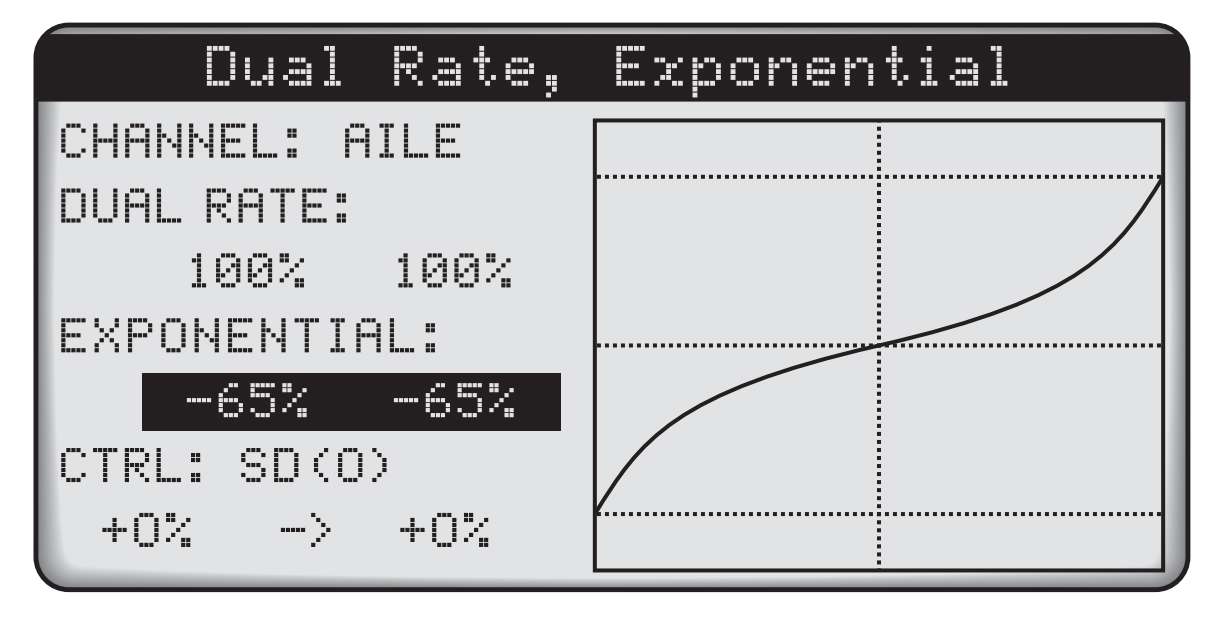 This feature permits you to check servo operation without broadcasting a radio signal. A cable connects the transmitter to the receiver. Direct servo control is very useful for on-the-ground control checks.

Two control channels can be coupled together so that they move together when only one control channel is activated. Many 1/4 scale models require a combination of aileron and rudder to turn. Mixing does this electronically at the transmitter. V-tailed models, where the two halves of the V-tail must move not only together but independently, are another use of control mixing. 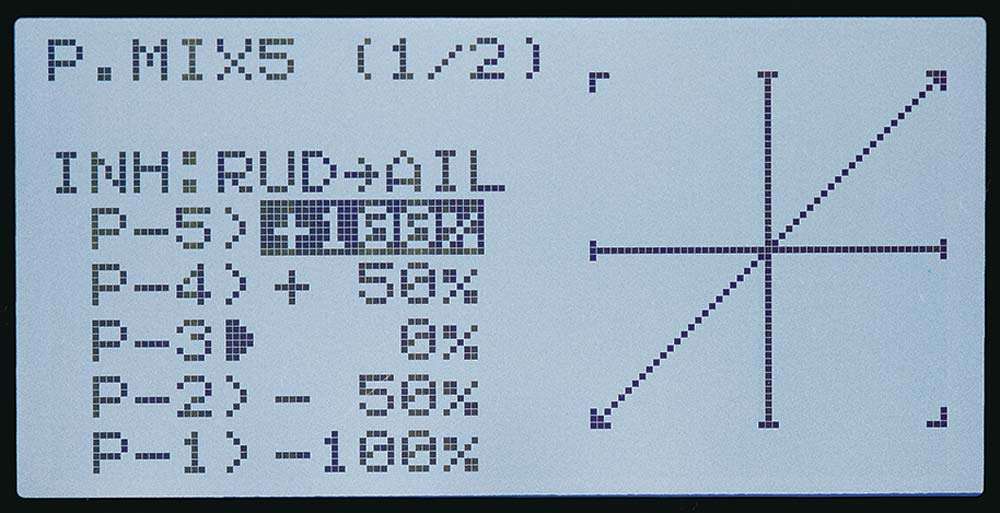 These high-tech radios are not inexpensive but allow a full set of programmable transmitter features like multiple plane memory, preprogrammed maneuvers (rolls, loops, etc. at the touch of one button) and much more. 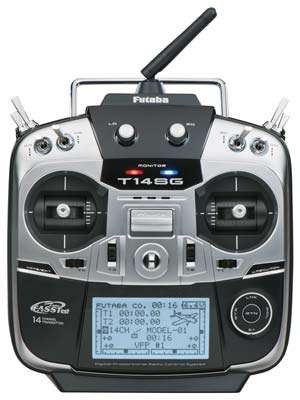 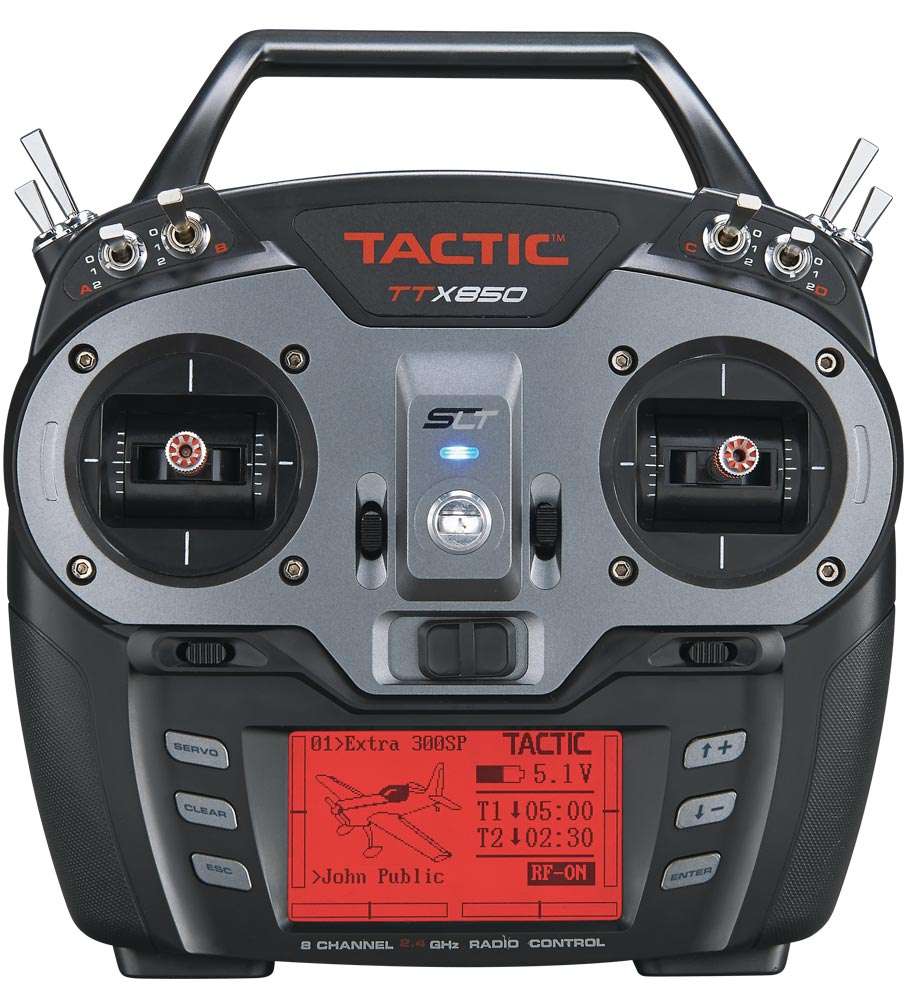 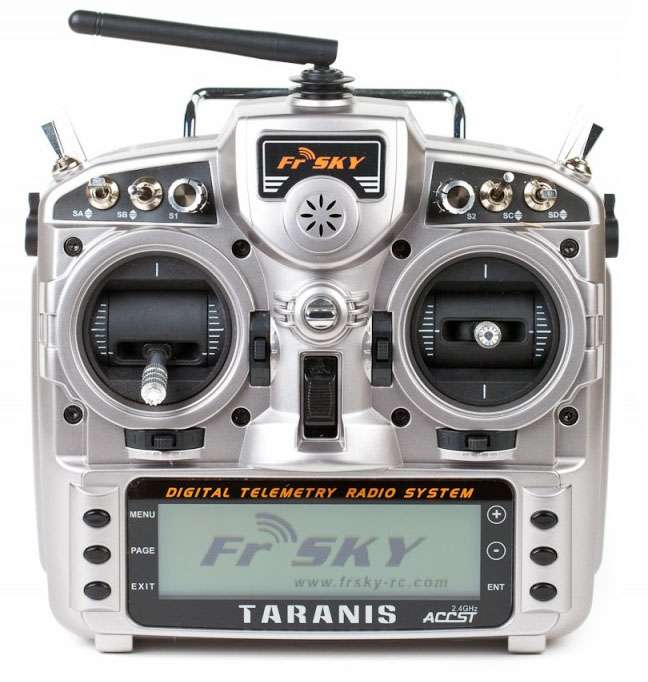 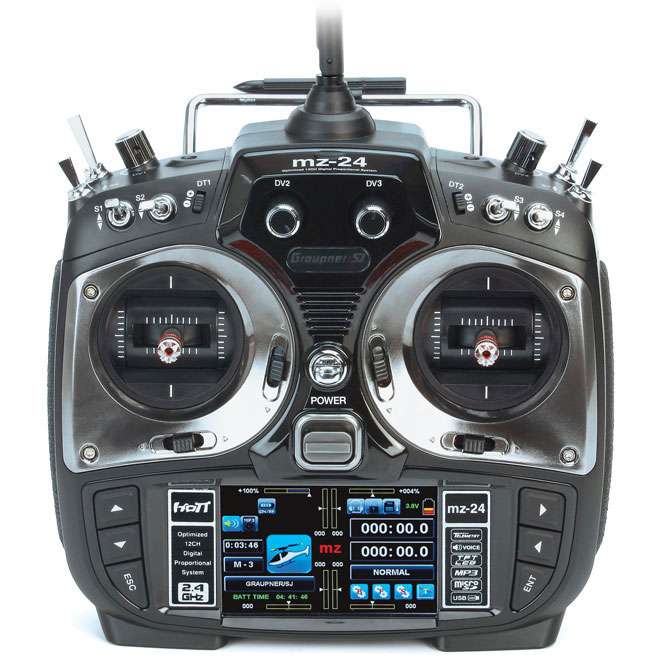 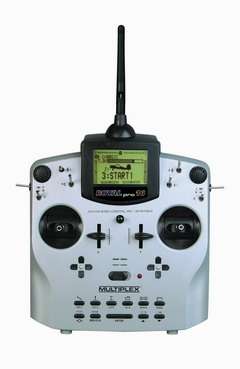