Increases the options for aileron location. The simplest for a model is full-span ailerons, of 25 percent of the chord in width, on the lower or upper wing only. Another option is ailerons of 35 to 40 percent of semi-span in length and 25 percent of chord in width, on both upper and lower wings. They may be actuated by servos in both wings or by struts connecting the lower to upper ailerons, the lower being servo-operated. Where the upper wing is larger than the lower, having ailerons only on the upper wing makes sense, as the greater span provides a longer moment arm. 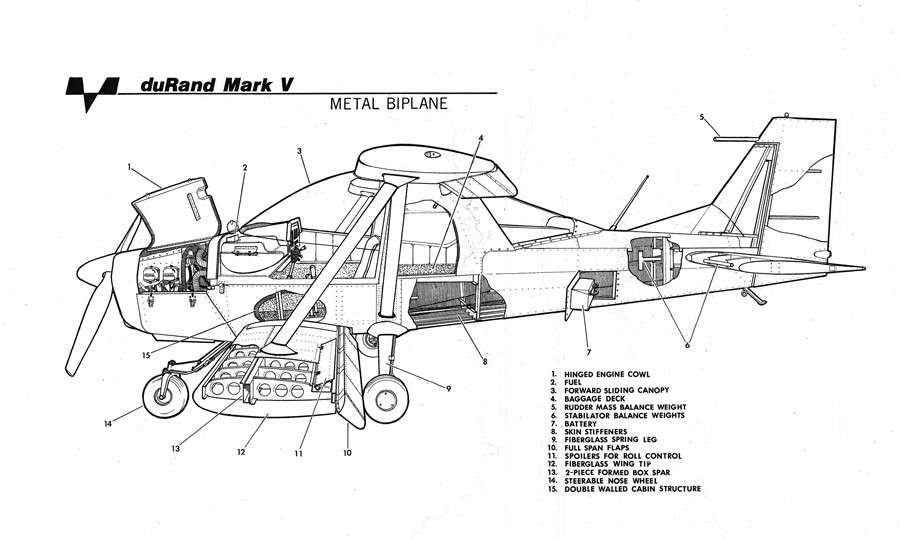 used spoilers on the lower wing for roll control, since the trailing edges of both wings were devoted to plain flaps. The spoilers, located just ahead of the lower wing flaps, were 13 percent of chord in width and 47 percent of the wing’s semi span in length. They were proven to be very effective.

Since most biplanes are tail-draggers, it is recommended that the rudder area be no less than 50 percent of the total vertical tail area with throws of 30 degrees on both sides of neutral. This provides good control during takeoffs and landings to overcome the directional instability of taildragger landing gear.

Today’s full-scale homebuilt aircraft, such as the

achieve surprisingly good performance on modest horsepower. They feature: high wing loadings; small, moderately high aspect ratio wings; laminar flow airfoils; teardrop, pressure-recovery fuselages; retractable landing gear; close attention to parasitic drag reduction and smooth composite stressed-skin construction. Takeoff and landing speeds are reduced by the use of large slotted flaps. Against this backdrop, the biplane is an antique. It is even being replaced by sleek monoplanes for aerobatics. However to many modelers, the biplane is attractive. It is hard to find a more appealing small biplane than George Meyers’ Little Toot.

Flaps are unnecessary on most biplanes due to their low wing loadings. The author knows of only three biplanes incorporating plain or split flaps, but none with slotted flaps. These are

This author favors higher wing loadings in the 25 oz./sq. ft. of wing area range, permitting smaller, sturdy models of very clean aerodynamics with power loadings in the 200 to 250 oz./ci of engine displacement range. Large slotted flaps permit takeoffs and landings at speeds in the low 20mph range. For model biplanes with wing loadings of 20 oz./sq. ft. or less, flaps are unnecessary, unless the designer incorporates plain or split flaps, inboard of the ailerons, on both wings, to permit steep, slow landing approaches. Above 20 oz./sq. ft., flaps are the designer’s option.

According to Hoerner’s “Fluid Dynamic Lift,” 2 to 3 degrees of sweepback are equivalent  to 1 degree of dihedral in level flight but  unlike dihedral, the effect increases proportionally to the lift coefficient at higher angles of attack.

Little or no dihedral is required for sweptback wings. Sweepback aids directional stability. When yawed by rudder, the lift differential between advancing and retreating wings promotes rolling action.

In biplanes, it is usual to have only the upper wing or both wings swept back-but not more than 10 degrees. Locating the center of lift (or aerodynamic center) requires locating the MAC of the swept wing(s) and locating its (their) aerodynamic center(s) at 23 percent of the chord from the leading edge and determining distance “X.”

Because a biplane’s wings are shorter and narrower than an equivalent monoplane wing of equal area and aspect ratio, the bending and torsion loads are reduced, particularly if the outboard N struts are functional.

This author favors Eppler airfoils, which were tested in the wind tunnel at Stuttgart University in Germany.

A biplane is no different than a monoplane, but two wings rather than one must be considered. It becomes complicated if decalage is used; each wing should be considered separately and the angle of incidence for each determined. As mentioned, the most efficient wings are of equal area, span and chord, set at the same angle of incidence and with or without stagger.

These nose-down moments are a consideration for airfoils with cambered mean lines and are overcome by a download on the horizontal tail. The narrower chords of biplane wings result in lower pitching moments than for an equivalent monoplane.

There is very little data available on wake and downwash for biplanes. This provokes the question of where-vertically- to position the horizontal tail. To have the tail immersed in the wake from either wing is not good design. There are three possible vertical locations:

Location 1 calls for a T-tail and is probably the best for horizontal tail effectiveness.

Location 2 between the wakes is the usual position. It should be positioned at l of the space between the wakes and above the lower wake. As the wings’ lift coefficients increase, as in a climb, the wakes’ downwash angle will increase, but the tail will not be immersed in either wake.

Location 3 is not practical since it would be below the fuselage. 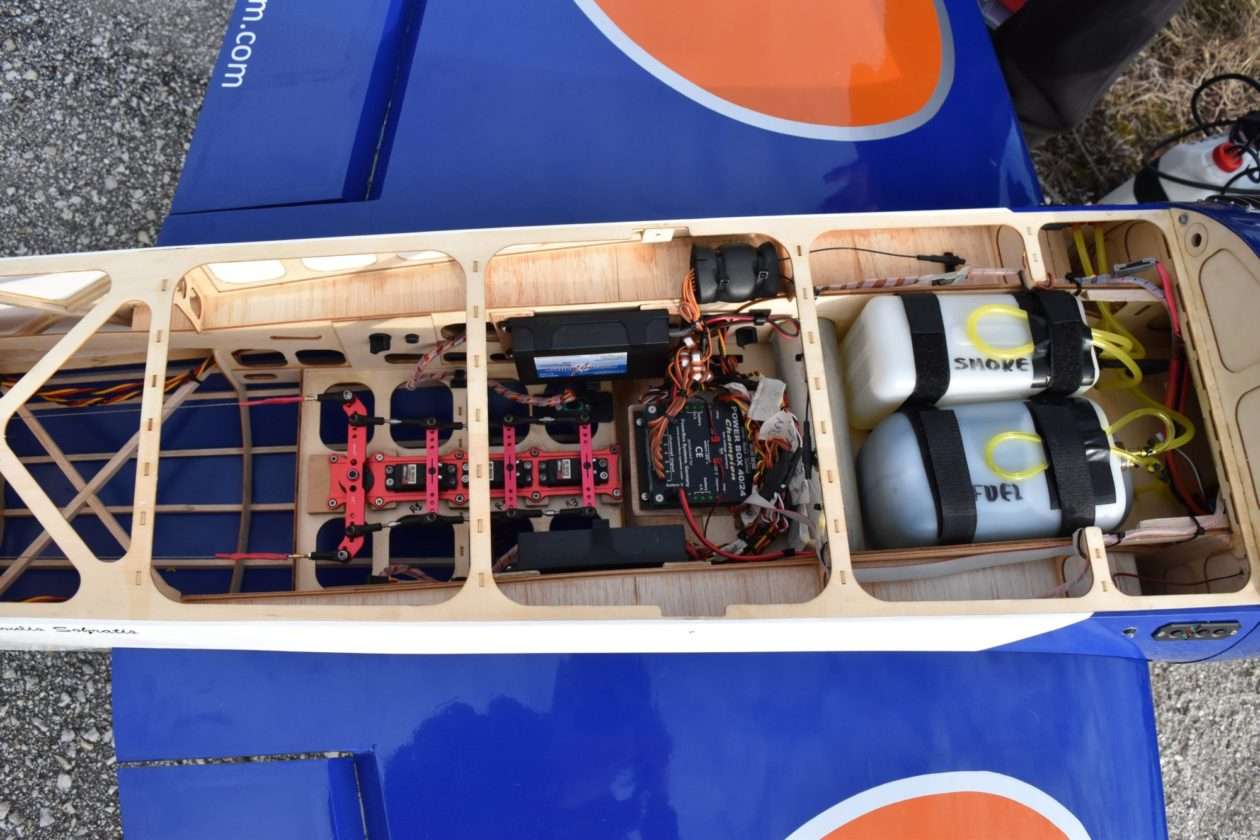 Electronic’s installation in a model 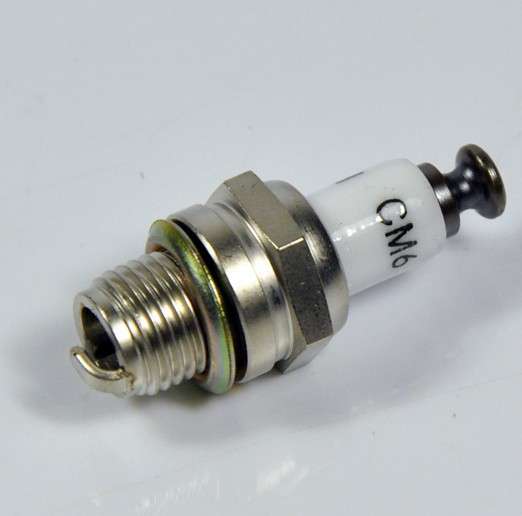