I am getting ready to install a gasoline engine in a large model aircraft. What do I need to know to avoid radio noise from the ignition system?

In setting up your gasoline engine’s installation, there are several important factors to remember:

2. The ignition kill switch should always be on the opposite side of the fuselage from the radio kill switch.

3. All pushrods going to anything related to the engine MUST be non-conductive (just non-metal clevises is not sufficient).

My engine is overheating or running hotter than I would like. How can I get it better cooling?

Most people make the mistake of thinking more is better when it comes to the air INLET at the front of the cowl. This is a common error and while it seems logical the reverse is actually true. To properly cool your engine you need more OUTLET not more inlet. You want at least 2:1, preferably 3:1 air out to air in otherwise it makes a ‘dam’ and the air can’t come into the cowl because it has nowhere to go OUT of the cowl. If your engine is not cooling properly, try blocking off the other air inlet or opening the belly of the cowl further to better cool your engine.

How do I know if my engine has an air leak?

Many times, when an engine becomes difficult to set, with it tending to run too lean, an air leak is suspected. Please be aware that most causes of lean running are not due to air leaks in the engine. Lean running is almost always caused by an external cause, such as vibration-induced fuel foaming, trash in the fuel system and carburetor, and pinholes or cracks in the fuel lines. Sometimes the lean running is caused by too-small fuel tubing in large engines, or by insufficient fuel pressure caused by an exhaust system that does not give the fuel tank enough pressure. An air leak is usually caused by a badly-fitting rear cover or carburetor. The usual culprit is trash that got in there during servicing, or in the case of the carburetor, when it was removed during engine installation. If the carburetor has a problem with sealing against the crankcase, the air leak will usually cause problems with idle and midrange.

At full throttle, the wide-open carb is pulling as much air as possible, and any amount from a leak will be too small to affect the engine’s running. The first cure to an air leak is replacement of the rear cover gasket or the carburetor O-ring. When you install the new parts, make sure all of the metal parts of the rear cover, crankcase, or carb are absolutely clean of trash. Apply a bit of oil to coat the surfaces, and install the parts. Use model fuel on the rubber O-ring. Petroleum products will cause the rubber O-ring to deteriorate. Make sure the parts are well-seated before you tighten the bolts or screws. If your carburetor uses a drawbar to hold it, press the carburetor onto the engine while you tighten the drawbar. A carburetor can leak air between the carb body and the throttle barrel, but this is usually confined to engines that have seen a lot of wear. An air leak here will cause idle and acceleration problems. In some cases, the fit can become so loose that the engine will continue to draw air even when the throttle is fully-closed. The cure is a new carburetor body because it’s aluminum, and the throttle barrel is steel. The aluminum carb body will wear out long before the steel barrel. The rubber cover over the throttle barrel at the throttle arm is not a seal. It’s there to help keep dirt out of the carb to prevent wearing out the fit between the carb body and throttle barrel.

The actual seal is made by a thin film of oil between the crankcase and the crankshaft forward of the carburetor, and just behind the front bearing. If the engine is run too much in dirty conditions, dirt can get into the engine and erode the crankcase forward of the carb and loosen things up. The sigh of a worn fit is fuel spray from the front bearing. The fuel spray will be enough to cause the nose of the model to become wet with raw fuel. You may also be able to feel wetness on your hand if you put it next to the cylinder, behind the propeller. You don’t have to get close to the prop at all to feel the fuel spray. A bushing engine will tend to throw more fuel from the front bearing than will an engine with ball bearings.

Glow plug holes can also leak, and are usually caused by cross-threading a glow plug when they’re replaced. The threads get damaged and eventually a leak can develop. This can sometimes be repaired with a glow plug tap, but you’ll usually have to replace the cylinder head or send it off to have an insert installed to replace the threads. A well-made engine requires no special efforts by the modeler to make sure it’s sealed properly. If your engine won’t run unless you use gasket compounds to seal the carburetor and rear cover, your engine has other issues, or it’s been very badly made. Please remember, that if your engine is still within the warranty period, that attempts to perform your own service may void that warranty. Please check with your engine’s manufacturer.

Dirt is just about the worst thing that can happen to your model engine. Dirt causes a lot of damage because it’s an abrasive. It will erode all of the clearances between the moving parts of your engine. Once the parts have been eroded enough, your engine will become difficult, if not impossible, to run. Model car engines tend to be more susceptible to dirt damage just because they are run in dirty conditions far more often than are airplane or boat engines. Heli engines run a close second because helis spend most of their time in hovering mode, which stirs up everything on the ground beneath them. Even if you’re running on or flying off grass, you’d be surprised at how much dirt can get sucked into your engine.

An air cleaner is necessary to prevent or reduce dirt damage. R/C car air cleaners are rather large affairs that use breathable foam to capture any dirt particles that can get sucked into the engine. A bit of oil applied to the foam makes them more effective because the dirt will stick to the filter. An airplane, boat, or helicopter can get away with a simple screen-type of air filter because their environment tends to be a bit cleaner.

In the long run, it’s impossible to prevent eventual dirt damage in R/C car engines, because a lot of the dirt that gets into the engine is extremely fine and can pass through the air cleaner. An air cleaner doesn’t prevent damage, but just postpones it. Regular maintenance of the air cleaner will allow you to get a very good life out of your engine. R/C car racers will use a fresh air cleaner for each race. A sport modeler can use a fresh air cleaner for each day’s running, unless conditions are exceptionally dusty. Heli fliers should clean their air filters before each day’s flying.

When an engine has been damaged by dirt, the first indication will be running problems, with the engine tending to overheat, and the idle and acceleration becoming bad. That’s because the first place to be affected is the piston/cylinder fit. That erodes and the engine loses compression. The engine will tend to overheat because the modeler will tend to set the engine leaner to compensate, and there will be exhaust gasses blowing between the piston and the liner into the lower-end of the engine. This hampers running and cooling. If the piston/cylinder fit has been damaged by dirt, you can easily see it on the piston. A normal piston will have a bright, clean light gray metallic finish. If it’s been damaged by dirt, it will become a dark gray color, and sometimes almost black. That’s because aluminum has been ground off of the side of the piston by the dirt, and aluminum powder looks black. You may also see deep lines gouged in the sides of the piston running up and down, parallel to the piston’s direction of travel.

With non-ringed engines, dirt damage is also found when you disassemble the engine and can push the piston to the top of the cylinder liner. A piston/cylinder assembly with a good fit will become tight long before the piston gets to the top of the liner. If the engine’s been run for a bit, you can even see a mark on the side of the liner where the piston normally stops its upward travel. If you can push the piston past that area, it’s worn out and you need a new set. Another indication of dirt damage is fuel being blown out through the front bearing. Even on engines with “sealed” bearings, the front bearing doesn’t actually seal the crankcase. The “seal” you see is actually a shield to help keep dirt out of the bearing. The actual seal is caused by an oil film between the crankshaft and the crankcase just behind the front bearing. The fit between the case and crank is very close, and if it’s eroded by dirt, the oil film can’t make the seal, and raw fuel will be forced out the front of the bearing.

With all engines, though, some oil MUST be driven through the front bearing. That’s how it’s lubricated. On model cars and boats, you should see a stripe of fuel on the chassis just below the drive washer or flywheel. You may also see a fuel stripe on the body or hatch cover just above the drive washer or flywheel. A thin stripe is normal. If the model is becoming drenched with raw fuel, the engine’s seal is work. Model airplane engines, with their exposed propellers, will usually give you no evidence of the normal amount of fuel coming out of the front bearing. It’s thrown into the air stream by the propeller. If the seal is eroded, then the nose of the model will become covered with raw fuel. 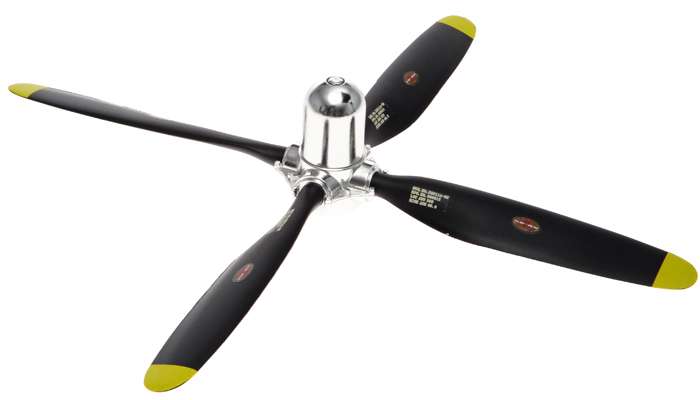 The right propeller for glow engines 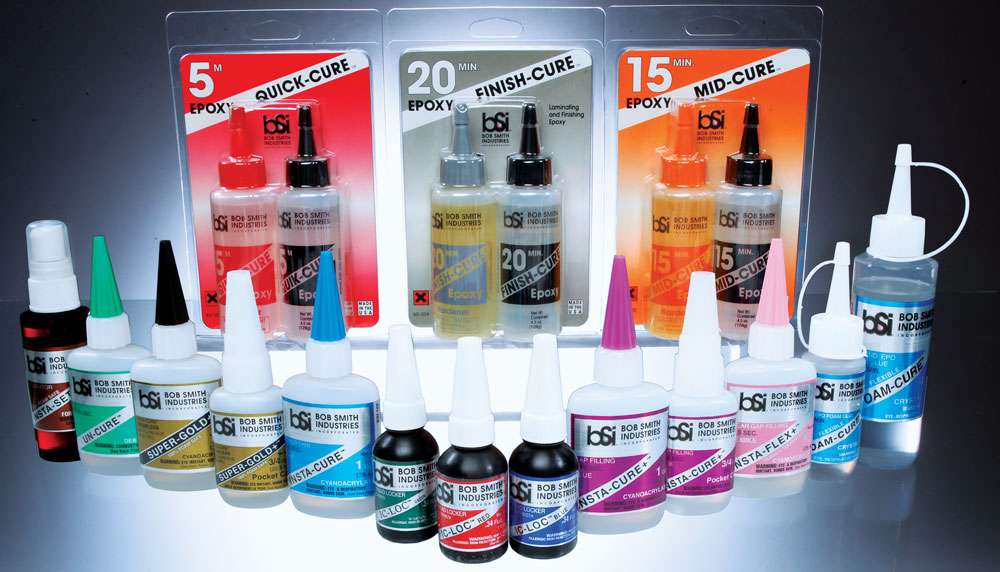